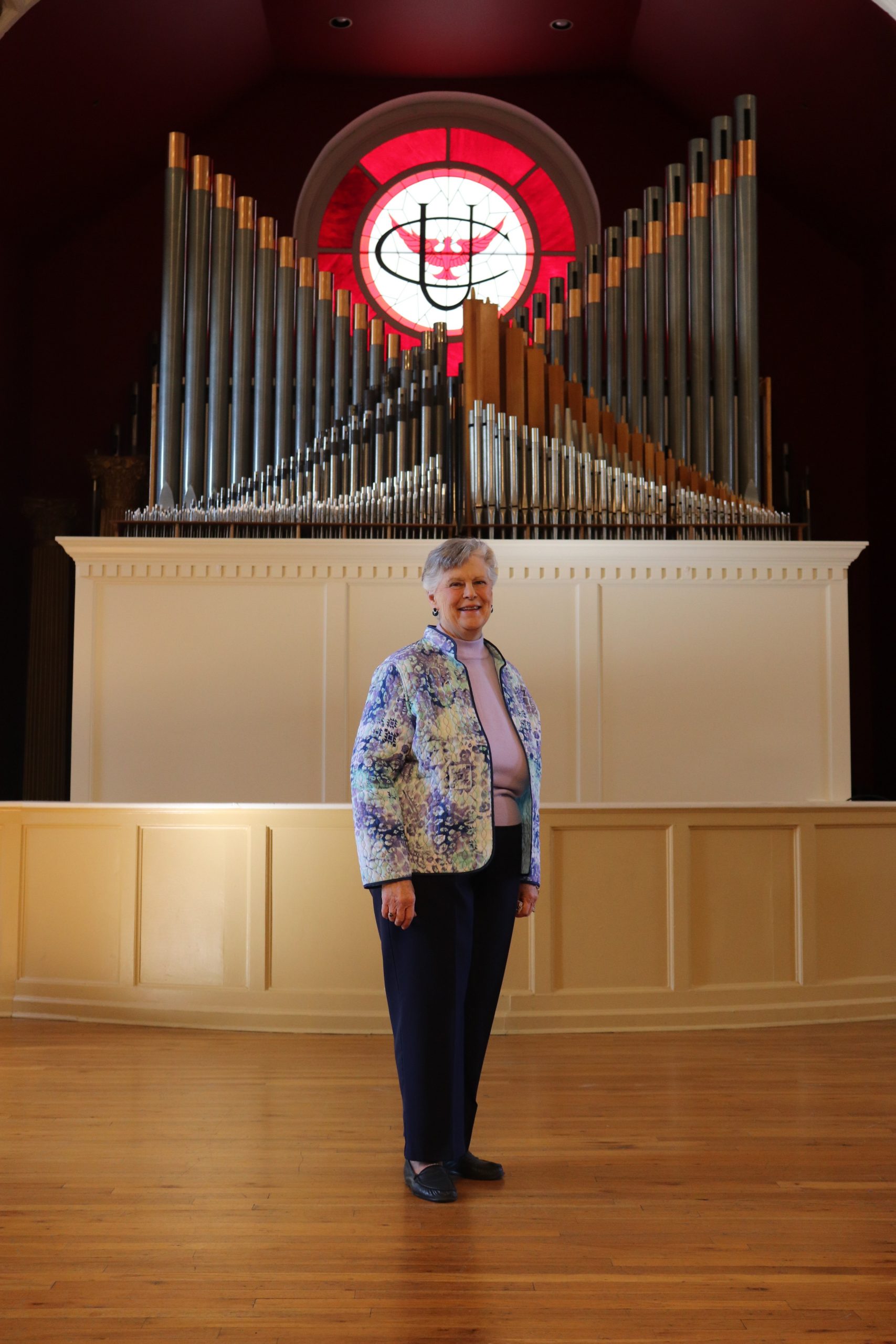 In 2017, Cumberland announced the addition of a glorious pipe organ to Baird Chapel. The university chose to name pipe organ in memory of a dearly beloved music faculty, Dr. H. Bert Coble, because of his significant contributions to the Cumberland music program and the countless lives he touched during his sixteen years on campus.

Mrs. Sue Coble, Dr. Coble’s wife, recently established the Dr. H. Bert Coble Memorial Instrument Maintenance Endowment Fund at CU. This endowment fund will provide financial resources for the care and maintenance of the pipe organ and two pianos, one of which is a signed Steinway.

Mrs. Coble shared her husband’s love of music and education and received her teaching certificate from Louisiana College in 1961.  She taught music for nearly 30 years in Lebanon and taught music as an adjunct professor for Cumberland. “It’s an amazing feeling to see mine and Bert’s students so many years later, ” said Mrs. Coble. “You can always see them light up with a certain warmth when they’re reminded of the time they spent under Bert’s instruction.”

For many years, the couple worked together to put on the highly anticipated fundraising Christmas concert by the Bert Coble Singers. Mrs. Coble assisted in the planning of the event, while Dr. Coble worked tirelessly with dedicated volunteer singers to direct an exemplary performance each year. “The Singers always end the night with, “Beneath the Cross of Jesus,” which is my favorite part of the evening,” said Mrs. Coble. “This has such a special meaning for the alums.”

While setting up for last year’s performance, Mrs. Coble noticed a student, Chad Foster, ‘diddling’ on the piano in Baird Chapel. “It was absolutely lovely,” said Mrs. Coble. “When I went to ask him about what he was playing, I realized he was playing without any music; just by ear! It was amazing because that is such a rare talent!”

Foster is a junior marketing major from Memphis, Tenn. and plays on the CU men’s basketball team. He was named the Mid-South Champion of Character in March of 2019 based on his academic and athletic achievement, campus and community leadership, future ambition and demonstration of the five core character values of the NAIA (integrity, respect, responsibility, sportsmanship, and servant leadership).

The two went their separate ways only to be reconnected the following spring on campus. For the rest of the semester, Chad met with Mrs. Coble every Tuesday after class and added music reading to progress his unique ability. The two formed a special bond as Mrs. Coble watched him excel in his practice.

CU is forever grateful for Dr. and Mrs. Coble. Their passion for the university and their students is unmistakable, evident in the words of Jennifer Perry, CU alum and director of the Bert Coble Singers. “Doc was a Servant Leader. He spent his life making the world a better place by serving our country, by enriching the lives of students, and by teaching us to worship and love music,” said Perry. “His favorite instrument was the human voice, the only instrument created by God. Second to that was the pipe organ because of the range of emotions one can produce while playing.  He would be thrilled to know that there is now this wonderful instrument at Cumberland in his honor. Soli Deo Gloria!”

News / Blog / The Gift of Music