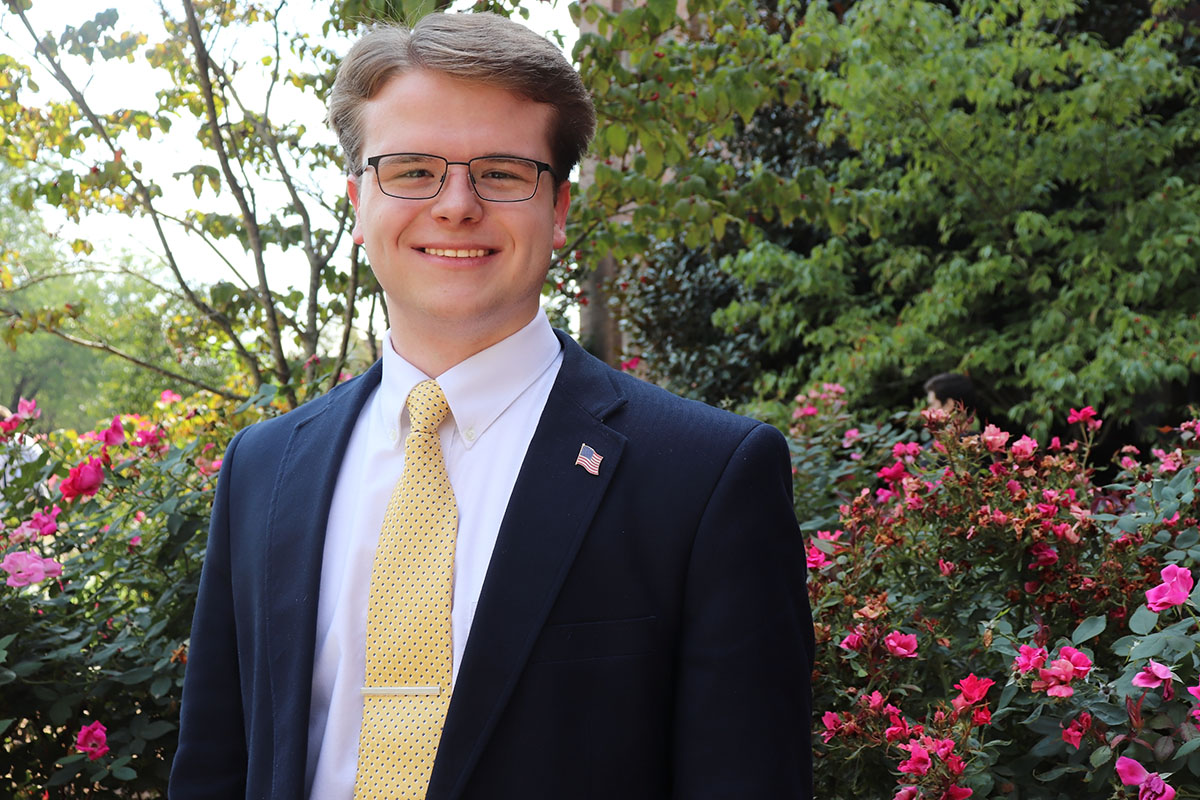 Sometimes, life can lead you on an unexpected path to success. This is especially true for senior Lane Howell, who will graduate in the fall with a degree in Business Administration. CU wasn’t his first choice when deciding where to spend his college career. At first, he wanted to attend a large university, but quickly realized he enjoyed the small school atmosphere of CU after visiting campus.

“Walking onto campus, I never dreamed of the impact the school would have on me,” said Howell. “The connections I have made, jobs I have held, and experience I have gained couldn’t have been obtained elsewhere.”

Going to a small school allowed Howell to establish connections he would not have made anywhere else; one of which landed him an internship for State Representative Clark Boyd, whose district is centered around Lebanon. Howell spent the last summer and fall semesters as a campaign manager working six days a week knocking on doors, organizing fundraisers, managing finances, and doing every other job he could fit on his plate. “I learned managerial, financial, and marketing skills during this experience and also made connections that will further my career,” said Howell. “Meeting different government officials and influential members of the community was the highlight of the experience.”

The greatest lesson he learned, however, was within the walls of Labry Hall. “Don’t try to impress your peers; impress your superiors,” advised Howell. “I work every day to make good impressions on my professors and employers so that my diligence and work ethic will be remembered. It has absolutely paid off.”

And that it has. His professors constantly see his talent through his passion for learning and determination to succeed in his career. These traits landed Howell a full-ride scholarship to Belmont Law School as a Dean’s Scholar, the highest honor to be received as an incoming, first-year student. “Lane is an exceptional student who works very hard,” said marketing professor Dr. Valerie King. “He is so deserving of this scholarship and career opportunity, and  I am so very proud of him.”

Howell credits Dr. King as the one who pushed him out of his comfort zone to make the connections that landed him his internship and ultimately, his law school acceptance. “She has seen my potential from day one, and has always advocated for me,” said Howell. “She’s an ever-present source of positivity for me.”

In the next ten years, Howell sees himself practicing corporate or music business law somewhere in the Nashville area. “Perhaps one day, I will campaign for an elected office myself!”

“Had I left Lebanon for school, I wouldn’t have met my girlfriend, likely wouldn’t have done as well academically, or been able to make connections in the community that I have,” said Howell. “If I could go back, I’d choose Cumberland every single time. I have truly been blessed.”