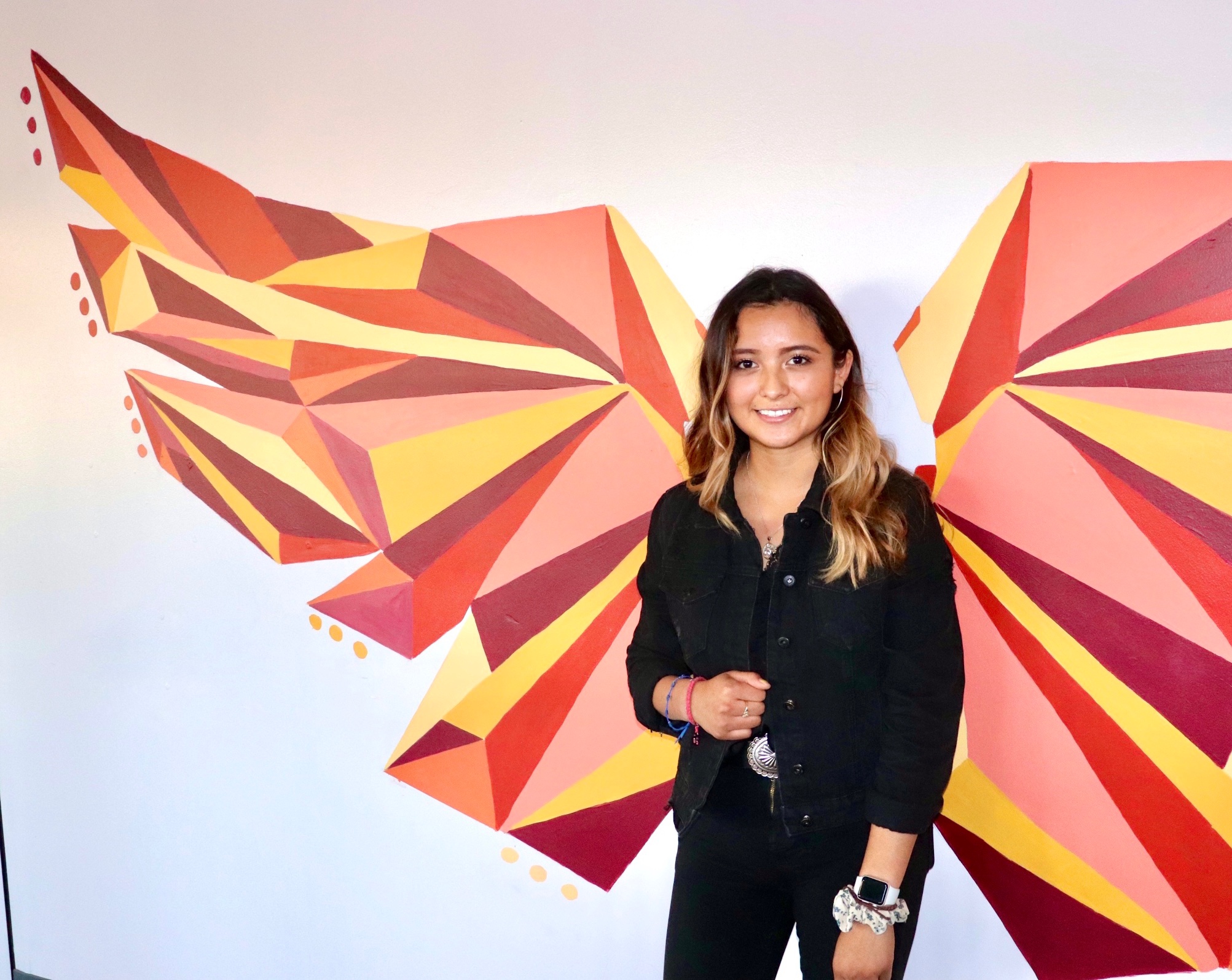 Growing up, we’re taught to leave things better than we find them. This is a lesson that junior Allie García has put into practice during her time at Cumberland.

García saw an opportunity to leave her mark on Cumberland’s campus by creating a mural in the student lounge featuring Phoenix wings, to brighten up the space and add some fun. A spot that was once a plain wall, now showcases the wings of the Phoenix that students can appreciate and take photos in front of to show their CU pride.

“I hoped the students would use the space as a hangout spot and an attraction to new incoming freshmen,” said García. “Pictures are welcomed and encouraged to be taken in front of it! The main goal was to really encourage current students and excite new students about the Cumberland experience.”

Although García has always been interested in painting and art, this is the first mural she’s been a part of. The idea of the Phoenix Mural came from Garcia’s time working with Generation Lead, a Nashville organization that advocates for first-generation college students to get involved in their communities. The program asked students to take on a social action project, to identify something in their community that they wanted to make an impact on. García, who was already extremely involved at Cumberland, knew immediately that she wanted to leave her mark on the CU campus.

After some brainstorming, García considered the need for visual school pride and welcoming social spots on campus, and decided to paint a mural on the walls of the student lounge, on the lower level of the Mitchell Student Center. García was inspired by the growing attraction of wing murals in Nashville and put her own unique spin on the traditional wings using the Phoenix mascot.

García had an initial sketch idea from a fellow art student, but eventually ended up creating her own original version. With the help of other students on campus, from a variety of majors, she was able to initiate and manage the process of turning the sketch into a reality.

García, who was born in Aguascalientes, Mexico before moving to McMinnville, Tennessee, will graduate in May 2021 with a major in Psychology and a minor in Criminal Justice. She is passionate about advocating for minority communities and working with nonprofit organizations.

The Phoenix Wing mural is now open to the public, and can be found in the student lounge in the Mitchell Student Center. Come visit this new spot on campus, take a photo and tag us using #ItsTimetoRise.