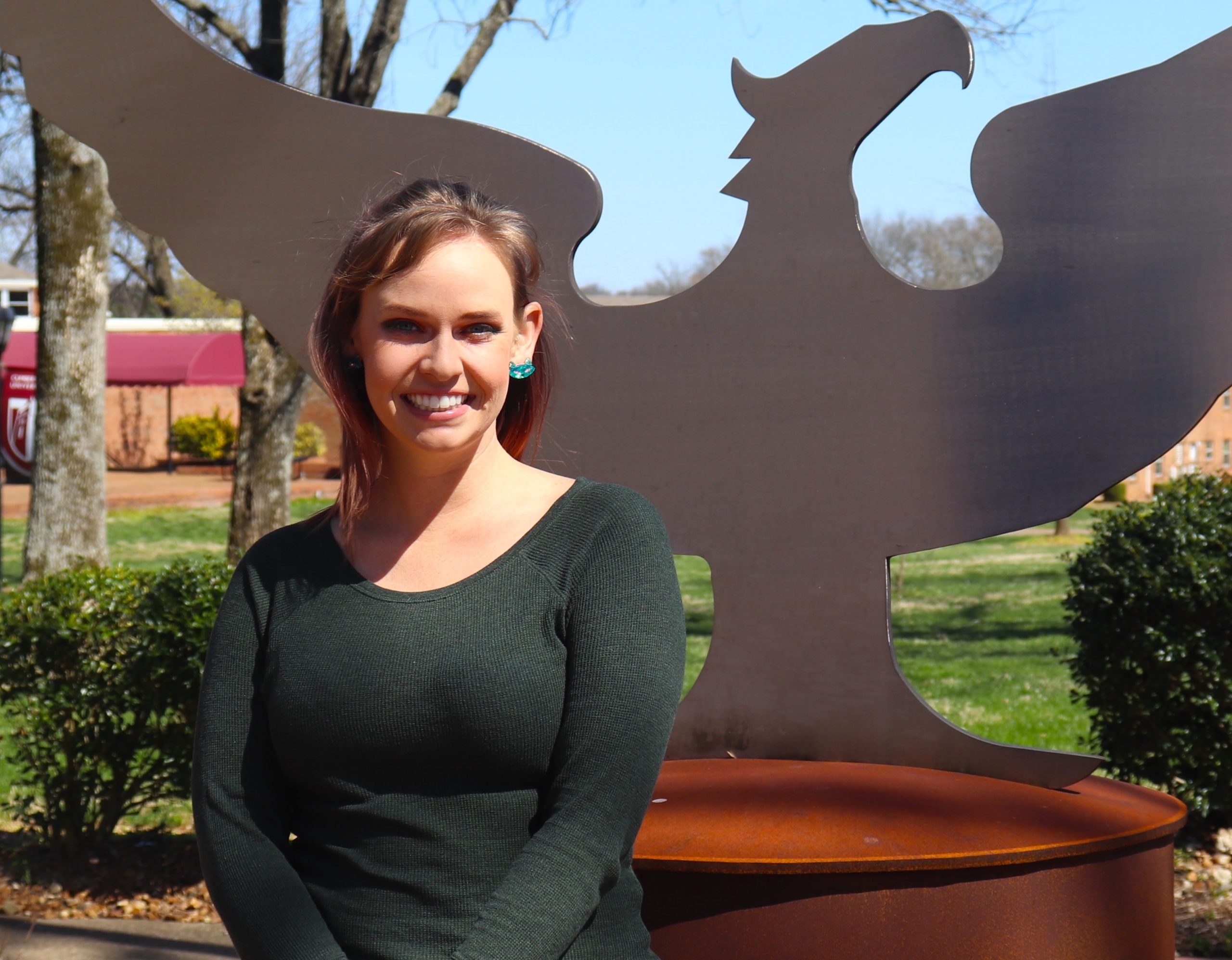 As the Assistant Director for the Phoenix Marching Band, Shelton’s focus is to assist Ray with rehearsals, performances and writing music – specifically for percussion. When asked what she hopes to help Ray the most with, Shelton has one overarching goal.

“To grow the band,” Shelton said. “Last year, the band purchased new marching drums, and they look awesome. So, that’s one of my big goals: To let people know that we have all of these awesome resources.”

Shelton has an extensive background in music; she started as a child taking piano lessons. While in elementary school, Shelton learned to play the drums – a passion and skill she continued to develop in high school, college and, now, her career.

After graduating from Lindenwood University in 2014 with two degrees in Music Performance and English Literature, she continued her studies at Middle Tennessee State University receiving a post-baccalaureate degree in Music Education. In 2016, she completed her Master’s of Fine Arts in Percussion Performance in MTSU.

Before coming to Cumberland, Shelton worked with the bands at LaVergne High School and Father Ryan High School. Shelton was a graduate assistant while at MTSU helping to teach classes on percussion – an area of music that she aims to grow at Cumberland.

In just her first semester with the Phoenix Marching Band, Shelton said the band students are hard workers who genuinely appreciate learning more about music.

“I can already tell that the band kids here are committed to the program,” Shelton said. “Being a part of the band gives you an instant community. For me, band has always been a chance to meet other people that are similar to me. It’s cool because you’re working towards a common goal together.”

To learn more about the Phoenix Marching Band, visit http://www.cumberland.edu/phoenix-marching-band/.