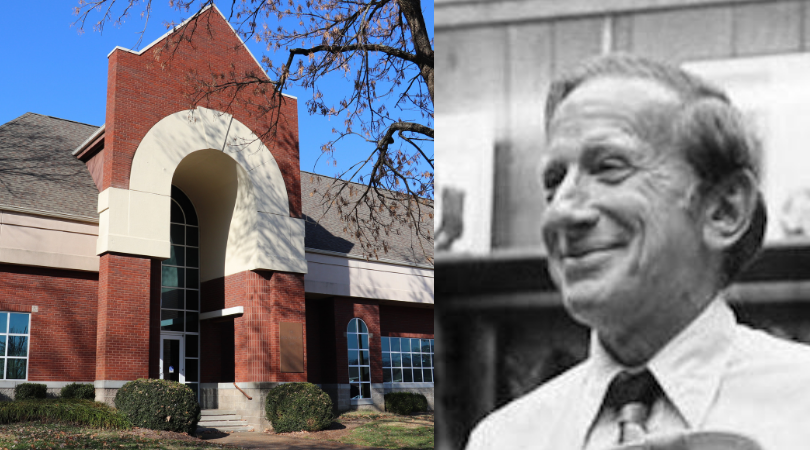 Harry Vise was born in 1921 in Colbenz, Germany, and was the only son of a scholarly Rabbi. As anti-Semitism grew in Germany, the Nazis raided the Vise home. Young Harry escaped out a window and made it across the border into Holland, but his father, Rabbi Vise, was placed in a concentration camp in 1939.

Once Rabbi Vise was released from the camp, the Vise family subsequently immigrated to the United States. Secretary of State Cordell Hull, a Cumberland University alumnus, was instrumental in getting Rabbi and Mrs. Vise out of Nazi Germany and arranging their entry into the United States. However, Harry encountered complications with his visa, and in order for him to join the rest of his family in the U.S., he would require the intervention of Secretary Hull. At the time, Harry was 18 years old, and Secretary Hull sent a launch to retrieve Harry as the ship carrying the Vise family neared New York Harbor. When his parents disembarked in New York, Harry was waiting for them on the dock.

After arriving in the U.S.,  the Vise family moved to Clarksville, Tennessee, and Harry began working in an entry-level position at Acme Boot Company.  He was a diligent worker and an assiduous learner. Eventually, Harry founded the Texas Boot Company in Lebanon, Tennessee, and had four Tennessee manufacturing plants. Harry was a successful businessman, father, and philanthropist.

He maintained an active leadership role with Cumberland University. Harry agreed to join the Cumberland Board of Trust only after being assured the University accepted African-American students. Mr. Vise and his wife Doris made the contribution that led to the construction of the Doris & Harry Vise Library, which broke ground on September 26th, 1988.

“It is my desire that when the new library is created, it will stand in Lebanon as a house of learning for all people for years to come,” Harry Vise said, expressing his hopes for the library during its construction and demonstrating his commitment to the students of Cumberland and the citizens of Lebanon.

The legacy of the Vise family philanthropy continues. Ms. Joyce Vise, his daughter, funds a scholarship for immigrant students at Cumberland University: The Harry and Doris Vise Scholarship, a part of Equal Chance for Education.