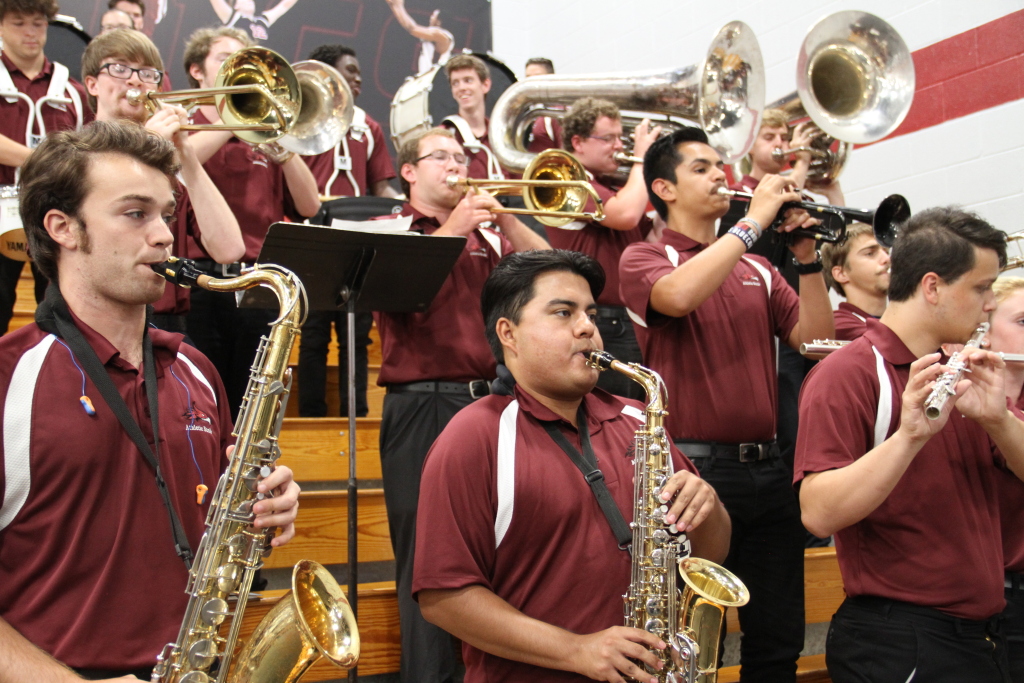 This year, Cumberland University will have a new marching band. The 34-member marching band is the result of efforts from band director Wayne Ray, a Cumberland alumnus, who has spent the past year traveling to high schools in order to recruit student musicians.

Along with the reformation of the marching band, Ray brings with him a new tradition to the Phoenix family. Before every home football game, the marching band will lead a parade from the Cumberland campus to Nokes-Lasater Field.

Students, faculty, staff and community members are invited to march with the band during the parades. The first parade will commence before the Cumberland Phoenix football team’s home opener on Sept. 1 against Union College. Those wishing to attend and march in the parade should meet at 11:30 a.m. at S. Greenwood St., in front of the quad. The parade will begin at 12 noon and kickoff for the game is scheduled for 1:30 p.m.

Prior to the start of this school year, members of the band attended a week-long camp, during which they refined their skills, learned to play together and began developing performances. According to Ray, the hard work of the student band members is already evident.

“We have worked really hard this year to make something great here at Cumberland,” Ray said. “We have a very dedicated group of students who have really stepped up and made this marching program happen.”

While the individual talents of each band member have helped the band to flourish, it is the group effort of the band as a whole that will allow the ensemble to continue to thrive.

“The show is high energy,” Ray said. “They’re really pushing themselves and
each other to be better.”

As the new Cumberland University marching band prepares to kick-off its inaugural season, Ray said he hopes the band’s development continues well into the future.