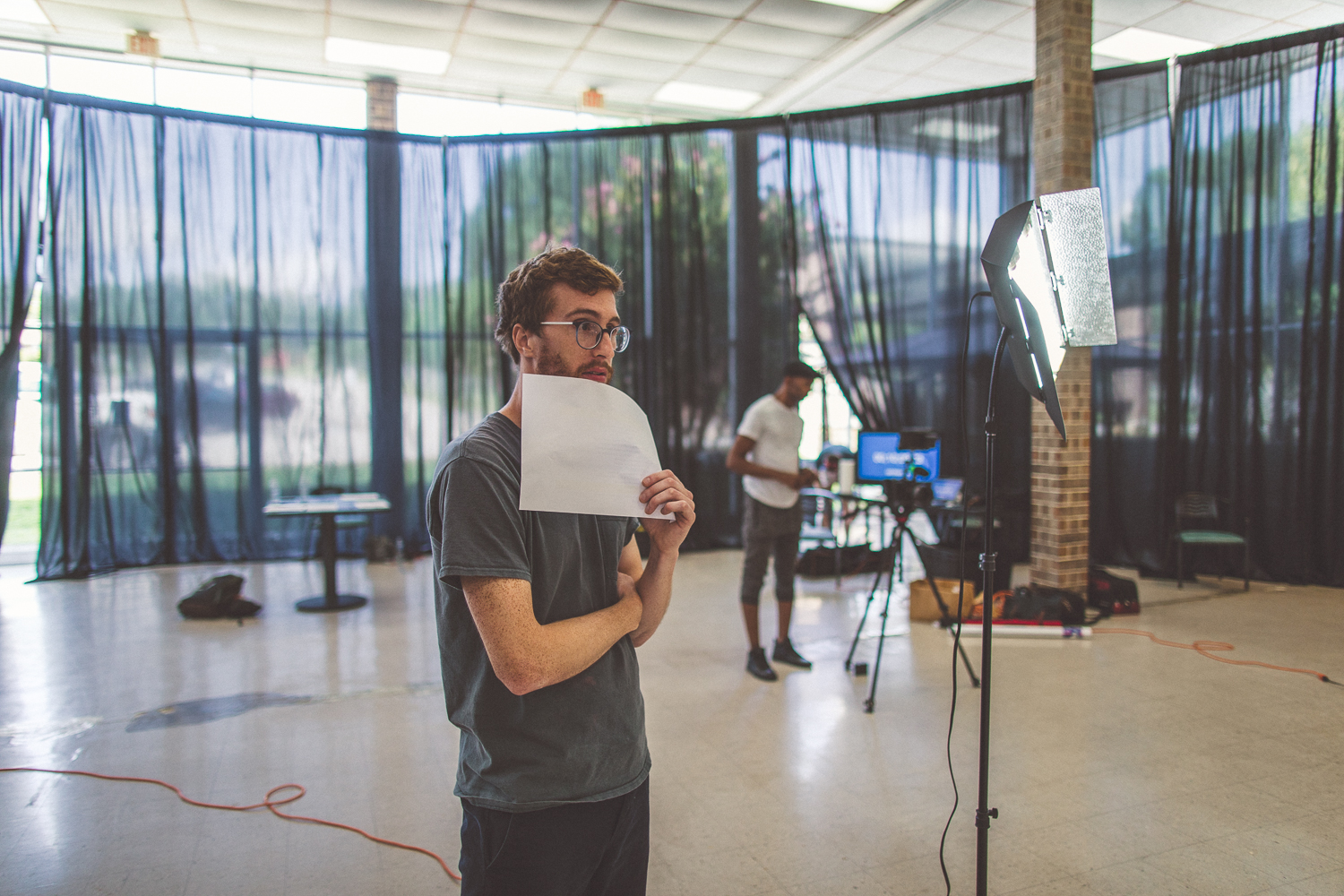 Cumberland University alum Josh McCausland will debut his short film “Anamnesis” at 6 p.m. this Saturday in Chattanooga. The event will include a reception, a screening of the film and a guided discussion.

McCausland completed his BFA at Cumberland University in 2015 with a major in Entertainment Design and a minor in film studies. He was also a member of the Cumberland soccer team.

Throughout college, McCausland often spent his free time filming and editing his own videos, a passion he had since before arriving on the Cumberland campus. As a college sophomore, he started his own film company, iQ Flicks, under which “Anamnesis” was produced.

“Anamnesis” is described by McCausland as the dive into a man’s conscious and unconscious mind as the physical and imagined world blend in front of him through his struggle with Alzheimer’s disease.

“I have been typically describing it as a ballet without dancing. It is one take, so that means we just did it in one shot,” McCausland said. “It’s about a man suffering from Alzheimer’s, and he is brought a picture of his deceased wife. We kind of see her coming into the picture as he is looking at the picture. She tries to get him to remember her through the photo.”

Last weekend, McCausland held a private screening of “Anamnesis” in Ohio for a group of close family and friends.

“After that, it really opened my eyes that this project is going to mean a lot to many people,” McCausland said. “So, I think I am most excited to see the receptivity of it and to see how people relate to it or how it translates to their lives.”

According to McCausland, he hopes that the audience walks away from his film with a realistic perspective of the effects of Alzheimer’s.

“The whole purpose of the project is to raise awareness for Alzheimer’s. The reason that I did the project was to dedicate it to my grandparents,” McCausland said. “Witnessing my grandfather forgetting his life over the last 10 years has been really hard for my dad. So I wrote this story for my dad and his parents. But I think a lot of people are going to connect to it, and other people are going to empathize with it.”

McCausland wrote and composed the music for “Anamnesis” as well as producing, writing and directing the film.

Additionally, McCausland is working on many projects that he hopes to release in the near future including a documentary on Haiti, film scoring for feature films, an album, music videos and more.