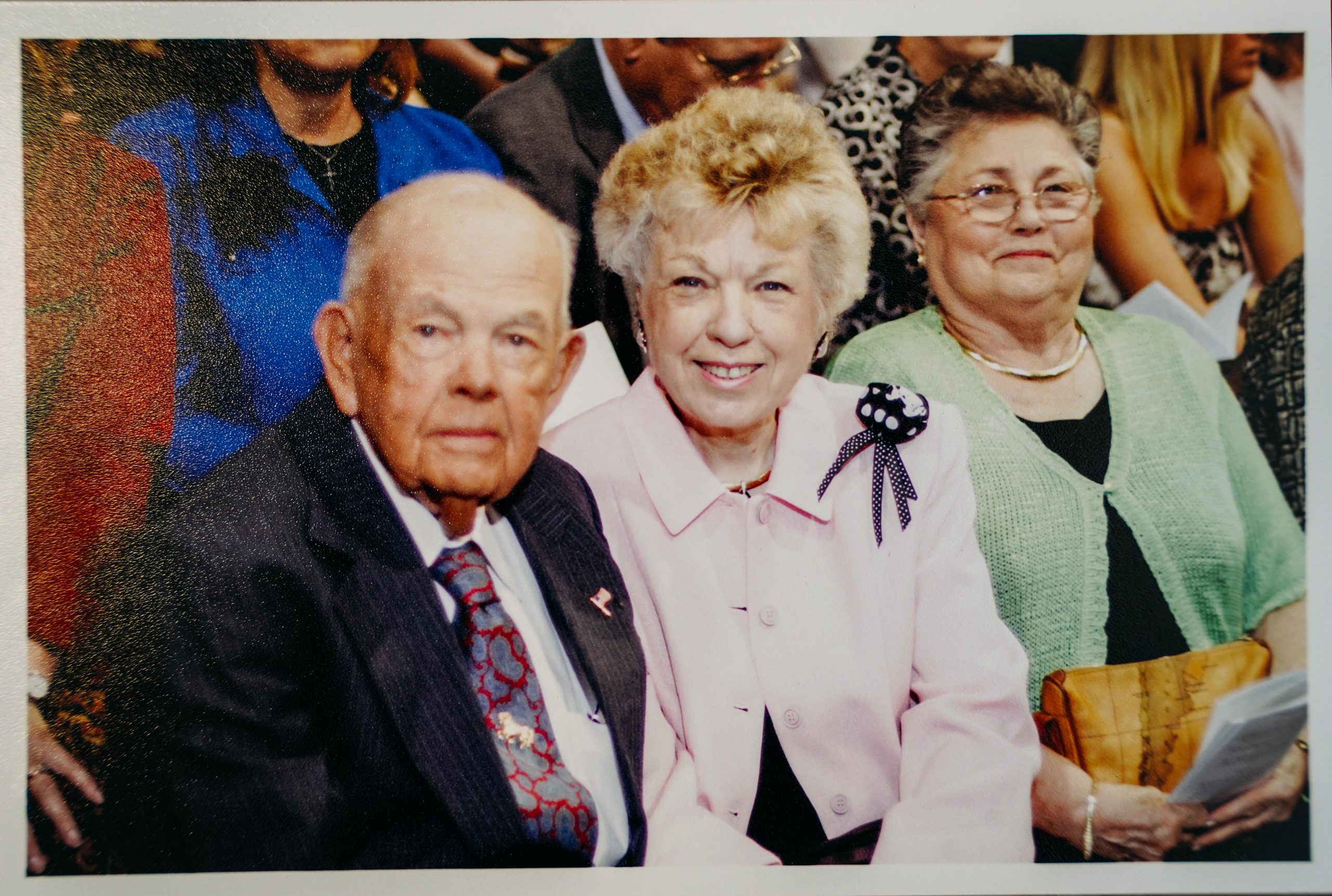 Ann Floyd, 93, is no stranger to Cumberland University or the city of Lebanon. One of her first memories of Cumberland was of her father playing saxophone in a band organized by Graham Baird, brother of former Lebanon Mayor Bill Baird. She still recalls an F-3 tornado that damaged Memorial Hall in 1933. To this day, you can see where the bricks were replaced if you look closely at the clocktower. After getting married, Ann, and her husband, J.D., made their first home within walking distance from Cumberland on  South Tarver Avenue.

In 1991, J.D. and Ann Floyd, along with Billy and Jane Baxter gave a transformational gift to construct the Dallas Floyd Gymnasium in memory of their father, Dallas Floyd. This gift of over $1 million dollars not only made the construction of the gym possible, but also endowed a scholarship that continues to change the lives of students who otherwise might not be able to attend Cumberland.

Describing it as a gift for Cumberland and all of the community, the Floyd and Baxter family gift was considered the largest gift in university history at that time. During the groundbreaking for the gymnasium, former Cumberland Trustee and J.D. and Ann’s son, Jimmy Floyd said, “What is good for Cumberland is good for Lebanon and the entire local community.”

The Floyd and Baxter’s received Honorary Doctorates of Art & Business from Cumberland in 2000 prior to Mr. Baxter’s passing. In 2007 Mr. and Mrs. Floyd received the Algernon Sydney Sullivan Award for community enrichment in 2007 before Mr. Floyd’s passing that same year.

Dr. Robert C. Bone, Trustee Emeritus and Chairman of the Board during that time, recalls what a thrilling experience it was saying, “This is the type of story that makes Cumberland special.”

“We often take places in our community, like Cumberland University, for granted and forget that individual contributions are the heartbeat of educating the next generation of leaders,” said Ann. “Even a small gift can make a large difference.”

Ann knows the importance of staying connected to those in the Cumberland family and wants others to know that every dollar gifted to the university makes a difference in the lives of students. The university is grateful to dedicated families, such as the Floyd and Baxter families, that advance Cumberland’s mission of providing an affordable, quality education for all.