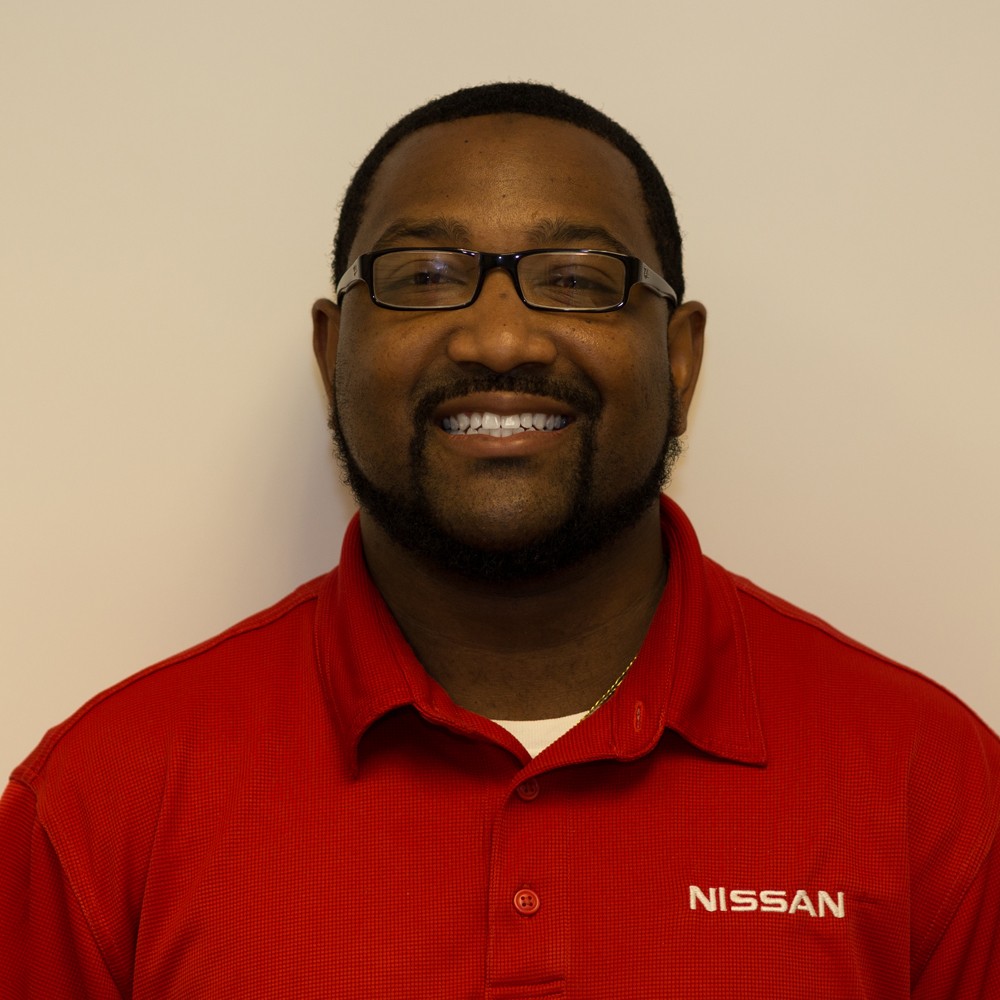 Looking back, it is easy to see how our paths lead us to the present day – the people we encounter, the experiences, the hard work – they all have a way of contributing to where we end up.

In 2006, Tron Baker, a native of Murfreesboro, received his Bachelor of Arts in Criminal Justice and Public Administration from Cumberland. Today, Tron works on the Supply Chain Management and Design Change Coordination Team as an Analyst for the Nissan Rogue at Nissan of North America, Inc., in Smyrna. He has worked at Nissan since 2010.

Tron enrolled at CU in 2002 and was a four-year member of the football team. His cousin, Josh Jones, played football at Cumberland and Tron would visit him during his senior year at Riverdale High School in Murfreesboro. Other universities had offered Tron football scholarships but he loved CU’s intimate setting, collegiate atmosphere, and his immediate connection to the university through his family.

For Tron, Cumberland was his top choice because he wanted a small university where he would receive an exceptional education and one that allowed him the chance for his professors to get to know him.

“I chose Cumberland because it was a small university that offered a great education,” said Tron. “I knew the professors at CU would know me on a first-name basis versus just being another number, which meant a lot to me.”

Professors Dr. Monty Pope, Dr. Fred Heifner, and Dr. Russ Cheatham positively impacted Tron’s experience as a student and the lessons he learned, both in the classroom and in life. Those lessons remain with him nearly a decade-and-a-half later.

As a student, Tron excelled in the classroom and on the field. His professors and coaches watched him flourish. He received academic and athletic scholarships which covered the cost of his tuition for the four years he was at Cumberland. Aside from his professors, however, his peers provided a rich educational experience and helped him to increase his understanding and awareness of other cultures.

While attending CU, he had the opportunity to meet students from across the world which continues to be beneficial for him. He learned that it doesn’t matter where you come from, whether it’s a small town or a big city, you can achieve anything in life. Nowadays, he works with suppliers in other countries on a daily basis in his role as an Analyst at Nissan.

Today, Cumberland has alums living in 41 countries and 44 states. The personal and close community that CU fosters for students often gives way and enhances the relationships forged for CU alumni and their experiences.

After graduation, Tron worked in law enforcement for several years and then changed career paths to pursue his passion for the automotive industry. He met and connected with colleague, fellow CU alum, and Past Alumni Board President, Bill Potter, at Nissan.

“Tron and I met at Nissan as we worked in the same department. I had no idea he graduated from Cumberland until he noticed me wearing a CU polo shirt,” said Bill. “Since then we have connected on more than just automobile parts. I invited Tron and his family to a football game 3 years ago and since then he has been involved and in touch with CU Alumni. I consider Tron a good friend and Cumberland supporter.”

Tron recognized the importance of continuing his education so that personally and professionally he could grow. He knew it wasn’t going to be easy with all of his responsibilities but the life skills he learned as a student at CU helped him thrive. While working full-time and taking care of his young family, he completed his MBA with Honors from Bethel University in May 2015.

We always hear that hindsight is 20/20 but the journey getting there – the behind the scenes and the parts that people don’t see, like the hard work and the people we meet along the way, are what makes the trip worth the ride.