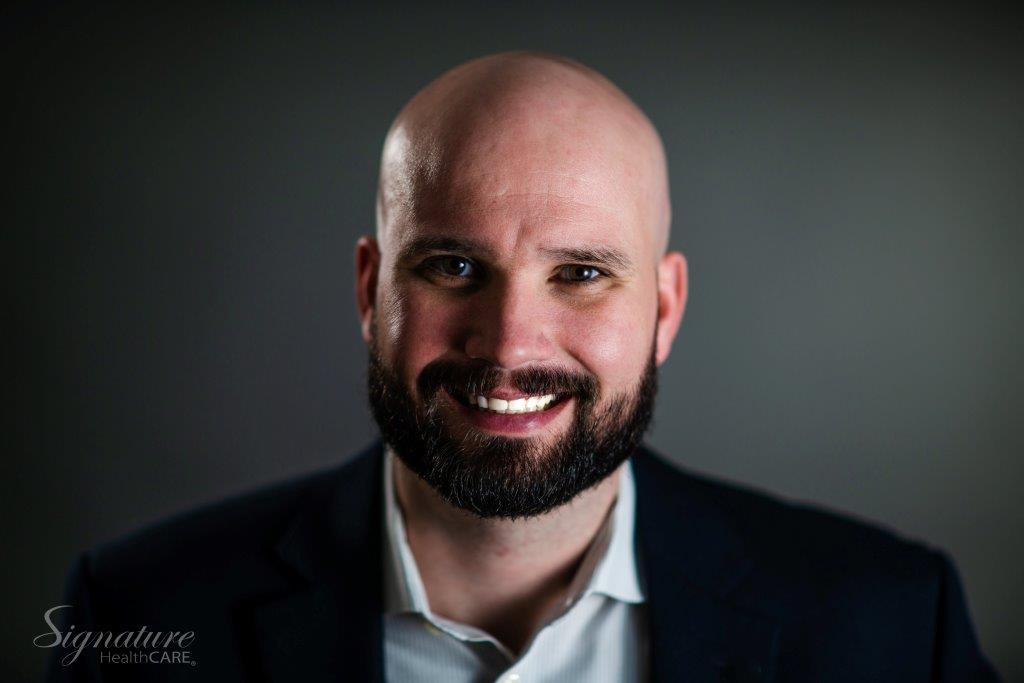 Shawn O’Conner (‘08) knows a thing or two about change. Graduating college in the midst of a recession made him very ken to it.

O’Conner studied business administration while at CU and had hoped to jump right into the field after walking across the stage that May, but the economy had other plans.

“Instead of chasing what my degree had to offer, I looked to my passion for teaching and coaching to find a way to not only make an impact, but to make a living,” said O’ Conner. “I was hired as the Athletic Director at McClain Christian Academy in Lebanon where I was tasked with starting their athletic programs. We successfully launched soccer, cross country, basketball, volleyball, and football at the middle school and high school level.”

Two years later, O’Conner was ready for a change. He loved his experience watching the programs he poured his heart into flourish, but he was ready to put his degree to good use.

With his sights set on entering the health care field, an area of expertise much different than the one he was accustomed to, he looked for advice from one of his former CU professors.

“One of my favorite parts about CU was the smaller class sizes,” said O’Conner. “It really created a family-like environment and allowed my professors to invest their time in my life and education. My statistics professor, Dr. Paul Stumb, took the time to help guide me through the process of changing careers at a young age and just four years after I graduated. It meant the world to me.”

O’Conner began his career with Signature HealhCARE in 2011 and has since grown his career from an administrator-in-training to his current role as Vice President of Operations, which serves 13 locations and revenues over $120 million annually.

Since all of the social distancing and stay-at-home orders were put in place, O’Conner has established the first COVID-19 unit for post-acute care in Western Kentucky while managing over 1000 employees remotely. The unit currently has 46 people in house, but that number could almost double by the end of the week.

If there’s one thing that O’Conner has learned since his time at CU, it’s that change is inevitable.

“The only constant is change,” said O’Conner. “You have to continue to reinvent yourself so you don’t get left behind. You also have to keep yourself accountable and build relationships at the grassroots level. My education at CU laid the groundwork for my career, but it was the investment of the people around me that has led to my continued success. ”

“The best advice I can give the graduating class is to be patient, use your connections, find a mentor, and don’t be afraid to go back to the professors you trust and ask “is this right for me right now.” They’ll steer you in the right direction just like they did for me.”