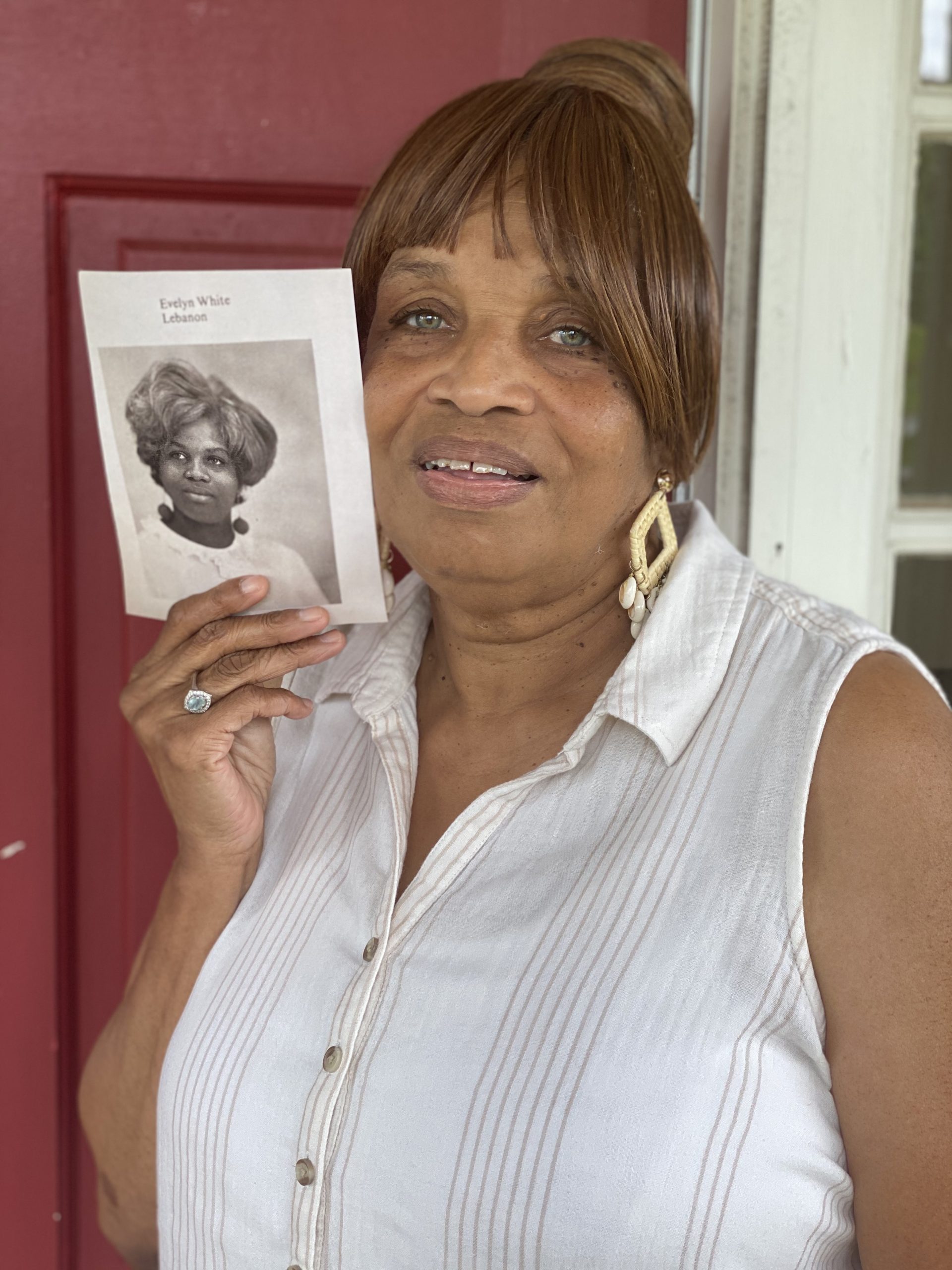 Kindness and a smile goes a long way. The stylish, classy, elegant and kind Ms. Evelyn (White) Cason, a 1968 Teacher Education alum and Lebanon resident, has the same beautiful smile and radiance that lights up a room as she did when she was a student at CU. In fact, if you looked at her yearbook picture, you would see that physically, Evelyn hasn’t aged a bit but the graceful young lady from 1968 has become wiser over the course of the last 50 years.

Evelyn grew up in Lebanon off of Leeville Pike and graduated from high school at the age of 16. She attended Cumberland because it was right down the road from where she lived. Her aunt was an educator in the area and graciously helped her pay her tuition, fees, and books each semester totaling around $800. During Evelyn’s time at CU, she didn’t encounter racial tensions personally, although she was aware of it elsewhere. Reflecting back, she still remembers the black and white water fountains in the area prior to desegregation.

“It was my first time going to school with other races so it impacted me because it prepared me for other interactions in my life.”

When her son was in elementary school, his classmate made a derogatory comment to him based upon his race. When he got home, her son asked his mom, with the sincerity and innocence that comes with childhood, if it was a good or bad word. Evelyn’s son, Quentin, her pride and joy, attended the University of Tennessee, Knoxville, where he was part of the esteemed Clarence Brown Theatre in addition to the Cumberland County Playhouse. Nowadays, he is a successful actor who has been all over the world and will soon be moving to Philadelphia. She is most proud of him for being a genuine and empathetic person.

While a student, Evelyn had incredible professors and administrators including her psychology professor, Ruby Thornton, Lucy Scott Brown, and Dr. Stockton. Her professor, Frank Burns, helped her publish her work. Her favorite courses were psychology and literature. Eager to learn and better herself, she always sat in the front row during her classes. She was a model student and was just as much a leader then as she is today.

She fondly recalled her psychology professor, Ruby Thornton, in a conversation with Ruby Thornton’s daughter, Susan Thornton. Ruby was kind to Evelyn during a difficult and racially divided time in our nation’s history. She remembered Ruby helping her in her transition from segregation to desegregation. Ruby believed everyone should be treated equally.

When Evelyn enters a room, all eyes are on her. She has a quiet, graceful, and strong presence much like her spirit animal, the flamingo. Her personality and kindness is matched by her incredible fashion sense including her collection of ornate earrings.

Evelyn, who remains fiercely independent and a class act, never wanted marriage or kids until she met her husband, Albert Cason. Many have deemed her husband, Albert’s family, as the “Unofficial Mayors of Lebanon”. Prior to marrying Evelyn, he had three children from a previous relationship and was one of 16 children. His siblings included two sets of twins that were born the same year. Albert retired from Peterbilt and worked landscaping jobs from April to October each year. Evelyn was drawn to him and noted his remarkable work ethic and love for his family in which she shared.

After Cumberland, Evelyn landed a job through her sister with the State of Tennessee in the revenue department.

Although she is retired now, she hasn’t missed a beat and lives a very full life of being surrounded by her loving family and friends, volunteering and traveling.

Evelyn has eight grandchildren and ten great grandchildren. Her husband, Albert, passed away from cancer in 2018 but prior to his passing, they traveled for five years. They were able to see Hawaii, Aruba, and San Diego together. Since her husband’s passing, she has remained active in the Lebanon community through volunteering in jail ministry and with the elderly. She has a passion for helping others and also enjoys working with hospice patients.

“My experiences at Cumberland only made me stronger and ready for the real world.”