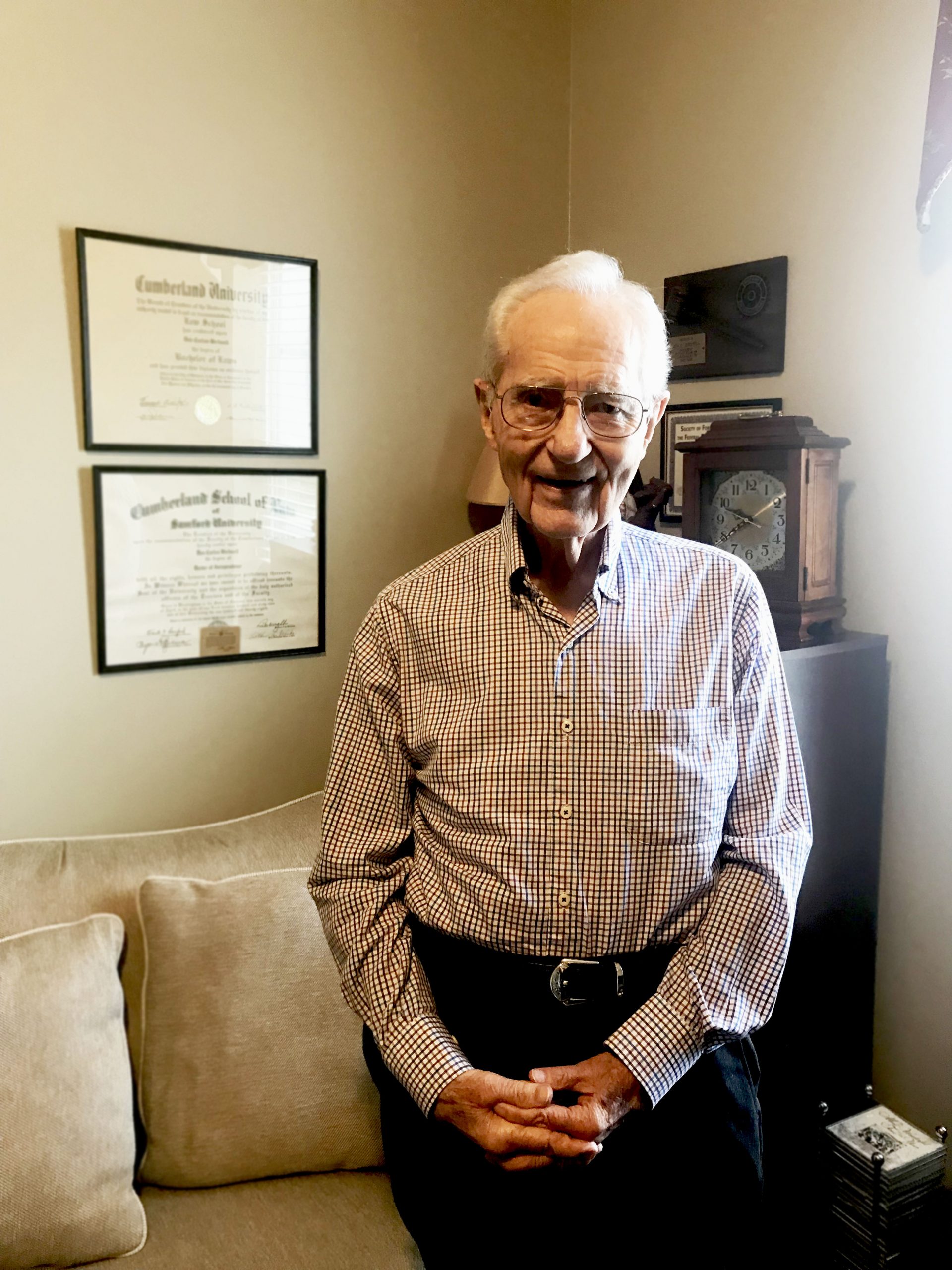 When Don Carlos Birdwell graduated high school, his father gave him two options: he could buy the farm next to theirs and he could farm tobacco or he would send Don to college. “I knew there must have been a better sight than the rear-end of a mule, so I chose college,” said Birdwell. He started at CU in 1947 but left in 1951 during the Korean War to serve in the Tennessee National Guard. Much to his surprise, 28 days after joining the Guard he, along with his fellow Guard members, were ordered to active duty as a Military Police Battalion at Fort Meade, Maryland. During the following three years, he served as a criminal investigator in Maryland, Georgia, and in the American Embassy in Rome, Italy.

Don married his childhood sweetheart, Betty, after finishing his time in the service. While Don finished his law degree, the couple lived together with their first son on CU’s campus in married student housing, which had served as temporary housing for soldiers training in the Tennessee Maneuvers during the 1940s.

One of Birdwell’s favorite memories at CU involved his Model T car. The car didn’t need a key to start it, so he often let his friends borrow it whenever they were in need. One day, Birdwell went out to take his car to the store, but it was nowhere to be found. When he went to Memorial Hall to find the friend who had driven it last, to his surprise, there sat his car atop the grand staircase. “I knew I had to get it down somehow, so I got in and drove it very carefully, and very slowly down the stairs.” To this day, the culprit of the prank is still a mystery.

After graduating, Birdwell had a long and fulfilling 23-year career in the FBI as a special agent working out of Washington D.C., Chicago, Fort Wayne, Ind., and Clarksville, Tenn. Following retirement from the FBI, he enjoyed 15-years of employment as a Trust Officer with what is now Regions Bank. After retirement from the bank, he was employed again for 12 years as a contract background investigator with the FBI.

Today, he and Betty, both 90 years old, live in Clarksville and enjoy spending time with their four children, grandchildren, and great-grandchildren.