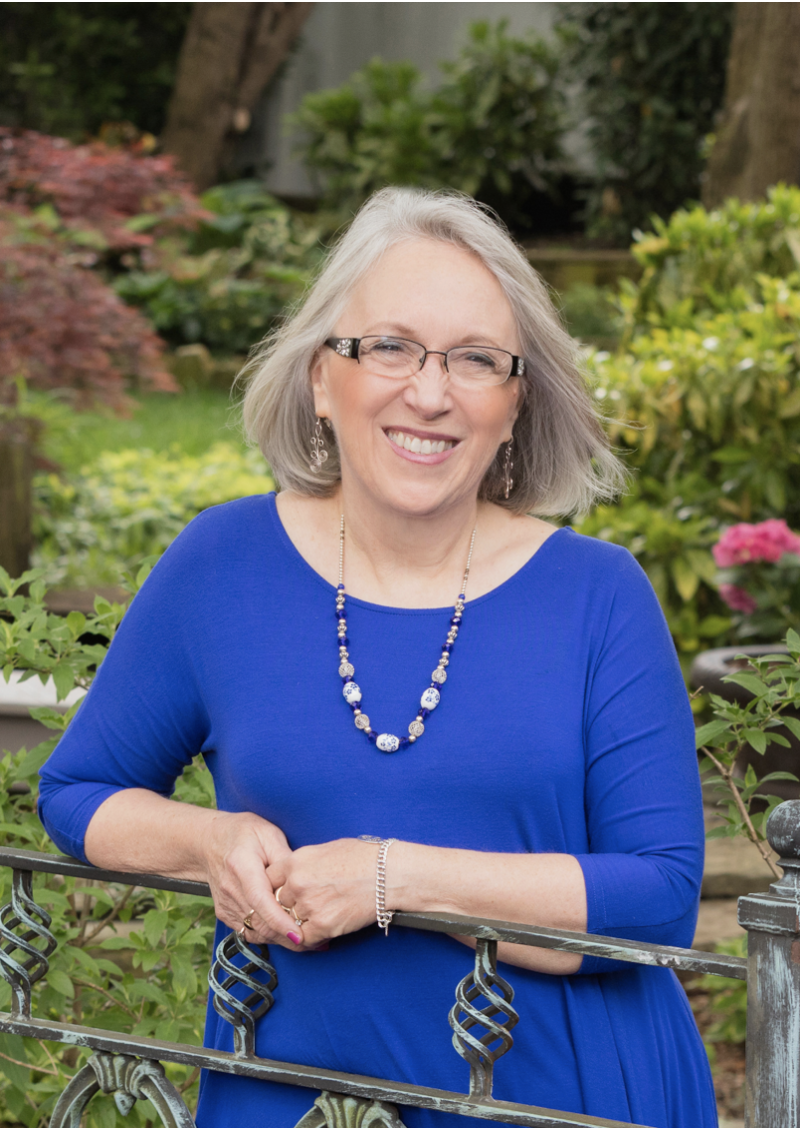 Charlene Notgrass, a 1973 Cumberland College alum, grew up in Ashland City, TN.  She and her family created Notgrass History, a homeschooling curriculum company.

Charlene oversees curriculum development and is a lead author at Notgrass History.

Charlene is a descendant of Timothy Demonbreun, who was known as an adventurer and the “first citizen” of Nashville as well as the Lieutenant Governor of the Illinois Territory.  Many will recognize his last name in regards to Demonbreun Street in Nashville which was named after him.  The historical significance of Charlene’s ancestry is only the beginning of her story.  She was destined for great things and the importance of history, courage, ambition, and the power of family weaves throughout her life.  From a young age, she recognized that in uncertain times that with her faith, life always seemed to fall into place.

School was easy for Charlene growing up, but no one in her family had graduated from college.  She talked to several colleges and her guidance counselor, but she didn’t have the money to pursue a college degree.  One day, as fate would have it, when she was working at her family’s grocery store, Cumberland’s Admissions Director came into the store.

In 1971, Charlene enrolled at CU.  At the time, only 40 girls and 100 boys lived on campus and she was assigned to work in the cafeteria. The women who worked in the cafeteria were often asked to work banquets in Lebanon and at one of these banquets, the Governor of Tennessee, Winfield Dunn, was a special guest.

She lived on campus and was able to get involved with campus life. During her time at CU, she worked in President Ernest Stockton’s office, was Editor of the Yearbook, and a cheerleader.

At graduation, she received the Phoenix Award for her dedication to the school, her willingness to leave CU better than when she entered, and her ability to succeed while facing adversity.

While at CU, she interned for Cumberland Trustee and U.S. Representative Joe L. Evins in Washington D.C. Thanks to Jim Dressler, a CU professor, she fell in love with political science and after graduation, she decided to pursue a degree in city planning from Middle Tennessee State University where she graduated in 1974.

“I used to layout cities and now I layout pages. Every job and education led me. I just see God’s hand.  I’m absolutely astounded.  It’s like God has been weaving this tapestry.”  Charlene married her husband, Ray Notgrass, from Columbia, TN. They moved to Lexington, KY, for Ray’s history masters, to Memphis, TN for his New Testament masters, and then to Oxford, MS, Champaign, IL, and Cookeville, TN for their work in ministry.

Beginning in Illinois and then in Tennessee, she began homeschooling and wrote curriculum for the church’s children’s classes.  On June 30, 1999, the family decided to publish their Bible studies. They had never done anything like this before and did not know the first thing about marketing, however, they felt passionate about their work and pursued it.

At the time, Charlene and her husband were in their mid-40s and decided to take the risk.  When they first published, they decided to buy a booth at the Middle Tennessee Home Education Convention in Nashville. A kind lady stopped by and wanted her kids to learn Tennessee History before they left the U.S. as missionaries.  This moment would change the course of their lives and business.

Charlene and Ray, with the help of all three of their children, spent the year working on “Exploring Tennessee”.  In addition to history lessons, they created worksheets and a field trip guide to sites in Tennessee. Charlene and Ray’s family created a show, “A Walk Through Tennessee,” which they performed from Memphis to the Tri-Cities that helped to promote their book and content.

Meanwhile, Ray was asked to be an adjunct history professor at Tennessee Tech.  He thought back to his experience and how he had been taught history when he was a student in Columbia, TN.  He enjoyed the curriculum because the History and English departments had collaborated.  In 2002, they released “Exploring America” with this premise – to combine multiple subjects to enrich student learning.

After they wrote “Exploring America”, they wrote world history, government, economics, and civics.  In time they began to add art projects to many of their books and even some science information as it related to history.

They have now finished seven years of curriculum with two more expected this summer. With the three more that are planned, they will have curriculum for grades 1-12.  Ray’s father, who was a soldier in World War II, shared his experience in the war and his grandson, developed a one-man show with his grandfather’s uniform and brought history to life. Charlene’s younger daughter, Mary Evelyn, growing up learned on a different timetable.

“She was like a caterpillar – she could stay in this cocoon of homeschooling because once she emerged, she never stopped soaring.”

Charlene and Ray traveled to England with their family to visit Ray’s relatives and while there, they took Mary Evelyn to a museum in London to experience E.H. Shepard’s original Winnie-the-Pooh drawings.

The Winnie-the Pooh books had lit a fire in Mary Evelyn. This personal, hands-on approach to learning benefitted the Notgrass children just as it does learners across the globe.  Recently, their digital products have been downloaded in 20 countries including the United States, Senegal, New Zealand, Brazil, and the United Arab Emirates.

Charlene and Ray traveled to show their children the world around them and they wanted to extend their passion for travel and learning not only to their kids, but to kids across the world through their publishings.  Charlene and her husband were in their mid-40s when they began this journey and she said, “I’m 66-years old. I work full-time and I absolutely love what I do.  We are beyond blessed. In 1999, we didn’t set out to write history but God’s hand is in this.  It has to be what he wants us to be doing.  Ray and I are standing on our parents’ shoulders.”

Charlene’s mother, who passed away this past February, used to say, “Can’t never could do anything.”  How proud she must be.