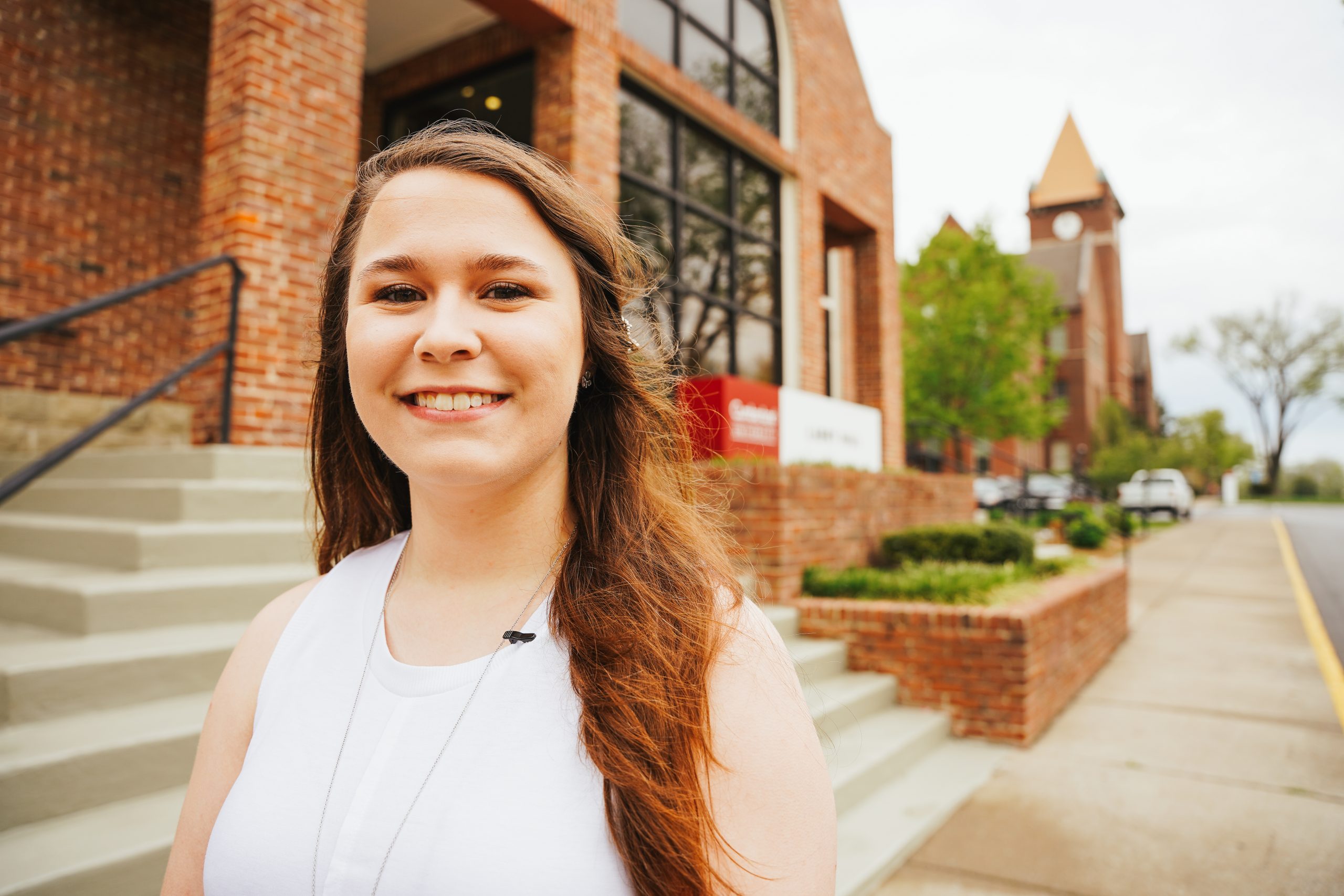 “I realized this is what I want to do for the rest of my life,” she said definitively. “Helping others is the driving force behind choosing criminal justice. During the last several years, there’s been a lot of change in the criminal justice field. I want to be a part of that change by helping other people and leaving them better off than I found them.”

Originally from Portland, TN, Kaitlin chose Cumberland because the program is taught by experienced professors with extensive careers in the criminal justice field.

“All of Cumberland’s professors in the criminal justice program come from various positions in the field; some are FBI agents or TBI agents, and several of the adjunct professors are lawyers and attorneys who teach you what they do throughout the day.”

Kaitlin said she learned the most while talking to her professors after class about their jobs.

“To me, real life experience is so much more valuable than what a textbook could ever teach me.”

Many of the children Kaitlin now works with in child support have experienced traumatic events. Although she can’t change their past, she believes she can be a positive influence on their lives and futures.

“What I find most rewarding about helping children is they are the most malleable, valuable resources we have as a country. I want to show them that there is a better future for them and help set them up for that by helping their parents.”

Kaitlin believes in the concept of “paying it forward” and hopes her impact will create a domino effect on generations to come.

“Through my chosen career in child support, I’m hoping maybe one day they’ll look back at what I did for their family during a really hard time and think, ‘This person did something good for my family. Maybe I can get a degree and create a better experience for others too,’” said Kaitlin. “If I can do that, I’ll consider myself a very successful person.”

To Kaitlin, a degree is a tool that equips students with knowledge and a sense of purpose.

“Money in a job is great, but that’s not what it’s about. It’s about taking your knowledge and going beyond your school to impact the world,” said Kaitlin. “That’s what I’m trying to do with my degree from Cumberland University.”

News / Blog, Degree Beyond Yourself / A Sense of Purpose