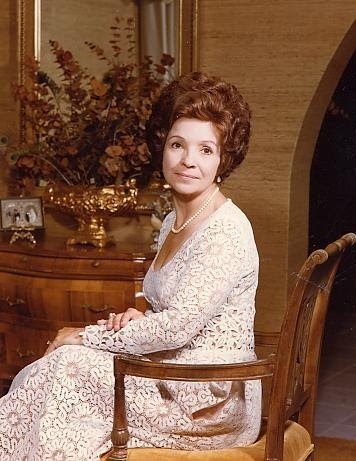 Dr. June Love Heydel, for whom Cumberland University’s Fine Arts Center is named, has passed away.

“The mark that June has left on Cumberland and the community will be felt for generations,” said Dr. Harvill Eaton, President of Cumberland University. “She was always an inspiration and brought new meaning to the arts and community service.”

Dr. Heydel was presented with an Honorary Doctorate Degree in 2010 commemorating her significant contributions to the arts community and Cumberland University. Through her many passions and generosity, countless students and members of the community have developed an appreciation for the fine arts.

Among the many examples of Dr. Heydel’s generosity is the arts center that bears the name of her and her high school sweetheart and loving husband of more than 60 years, The June and Bill Heydel Fine Arts Center opened in Fall 1996 and was made possible by a generous gift from the Heydel family. The center hosts numerous cultural and fine arts performances every year and has become a reputable venue for community and professional groups.

In 1998, Dr. Heydel received Cumberland University’s Award of the Phoenix, a recognition bestowed upon individuals who have contributed to the ideals and traditions of the University. The award was presented along with the first graduates receiving a Bachelor of Arts degree in Fine Arts.

In addition to her passion for the fine arts she served numerous causes including the Cumberland Women’s Club, Cumberland University Fine Arts Council, Village Women’s Club and was a member of the organization committee for the Tennessee Performing Arts Center. When asked about her many demonstrations of philanthropy, she inevitably responded, “We are blessed.”

A visitation will be held at Sellars Funeral Home, 313 W. Baddour Pkwy, Lebanon, TN from 4 – 8 pm on June 5. The family will be greeting friends at that time. A memorial service will be held at First United Methodist Church, 415 West Main St, Lebanon, TN at 11 am on June 6. Burial will follow at Wilson County Memorial Park, 618 S. Maple St., Lebanon, TN.