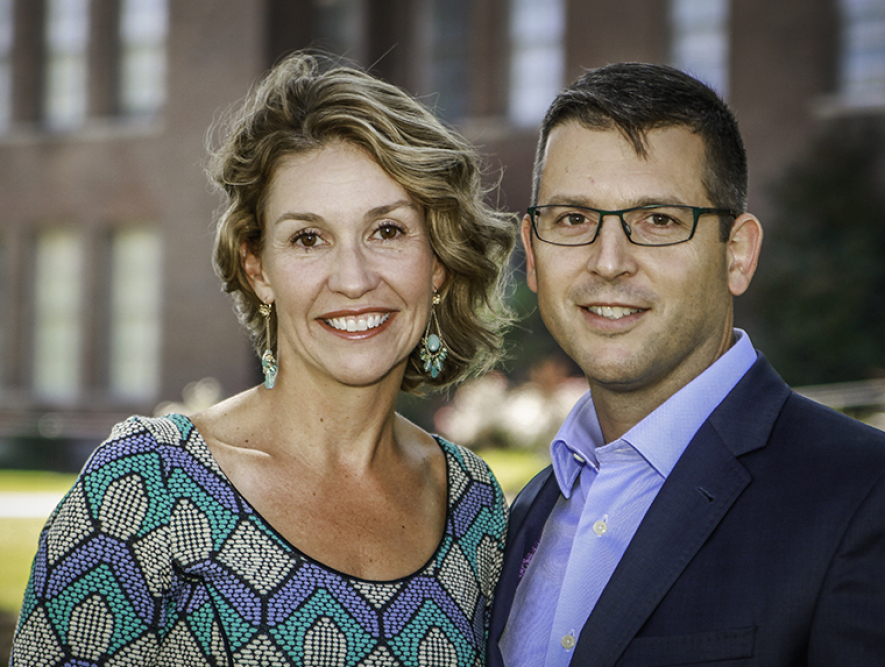 Michael and Katy Moscardelli of Lebanon have been named chairpersons for Cumberland University’s Phoenix Ball 2016.

The annual black-tie gala will take place at its traditional time which is the first Saturday in June. In 2016, the date will be June 4. However, this is the first time in many years that the Ball has had chairpersons with volunteer committees, who are planning nearly everything about the event.

The Moscardellis have deep ties to Cumberland. Katy’s parents, Boone and Sally Swain, were professors at Cumberland when it was a junior college. She has fond memories of going camping with the Outdoor Club when she was three years old, as her father was the club sponsor. He was also an assistant basketball coach.

Michael’s father, the late Fran Moscardelli, served on CU’s board of trustees for more than 20 years.  His mother, retired teacher, Alexa Moscardelli, took courses at Cumberland to renew her teaching certificate.

“Even though neither Katy nor I were ever students at Cumberland, it has always been an important part of both of our lives. Our wedding reception was in Baird Chapel,” said Michael, who is co-owner of PFP, LLC.

Plans for the 2016 Phoenix Ball are underway. Several sponsors have been secured, a band has been booked, and the event production committee has produced some conceptual renderings for the theme of the Ball.

“We’ve assembled an outstanding team of volunteers who are already working hard. The bottom line is that we intend to throw a great party and raise a ton of money for Cumberland,” said Katy Moscardelli.