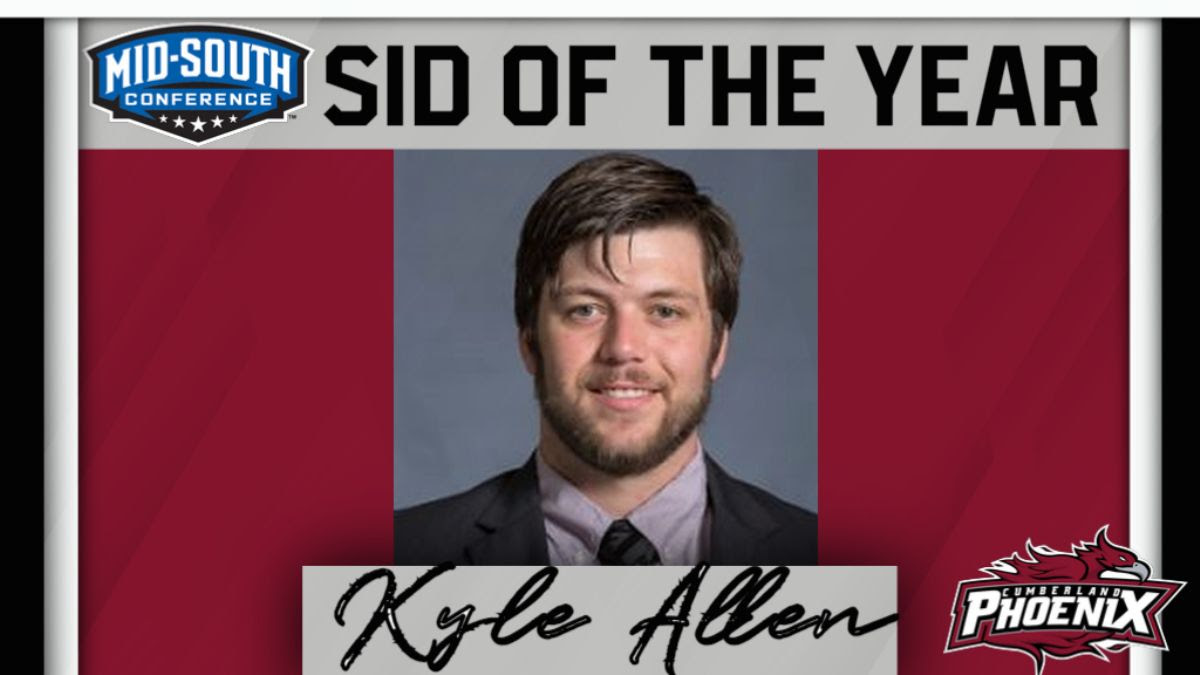 The honor is the first for Allen and marks the third time a Cumberland SID has won the award. Former Cumberland SID Jo Jo Freeman last won it back-to-back in 2012-13 and 2013-14.

The award is named after the University of the Cumberlands’ former SID Bill Sergent, who served as the university’s sports information director for 24 years.

“I’m very honored and humbled to be recognized by my peers with this award,” Allen said. “Around the conference, we always say that we have a great group of Sports Information Directors and to follow in the steps of some of those greats is such an honor. This award is a testament to all the hard work from not just me, but our graduate assistants Casey Surma and Dillon Miller, our Broadcasting Director Thomas Denney, and all of our announcers, Randy Sallis, Tommy Bryan, Jon Boyce, and Bob Lea. We have continued to take our work to the next level and I’m glad to be a part of it.”

Allen was selected by a vote of his peers around the conference. Individuals are not allowed to vote for themselves.

Allen just completed his third year as the Cumberland Sports Information Director after taking the role in 2019. Cumberland Director of Athletics Ron Pavan spoke very highly of Allen stating, “In three years, Kyle has done such an amazing job covering 30 sports with only two graduate assistants. His ability to cover all of our sports teams and constantly keep us in the media is amazing.”

Allen oversees all tasks related to the planning, organization, operation and management of the marketing, promotion and sports information/media relations of the athletic department as well as video and audio broadcasting for Cumberland Sporting events. “He has brought so much visibility to our athletic programs with the experience of the online ticketing, post-game articles, and streaming to keep our fans up to date,” Pavan said.

“I am just so proud of Kyle for being named the 2021-22 MSC Sports Information Director of the Year. He has such a strong work ethic with all the hours he works and to put forth such quality work with all of the daily articles and tasks is outstanding.”

Pavan named Allen the Assistant Athletic Director for Sports Information in June. When asked what it means to be the SID for Cumberland University, Allen responded, “Being the SID at my alma mater is a blessing. It just means more to me since I played here and graduated with two degrees from Cumberland. I always want to help push our teams as best that I can and it’s that much easier at a place that means so much to me.”

Before his role as the SID for Cumberland University, Allen was a four-year letter winner on the Cumberland baseball team, including being a part of the 2014 national championship team. After the completion of his baseball career, he spent two years working as an athletic administration graduate assistant.