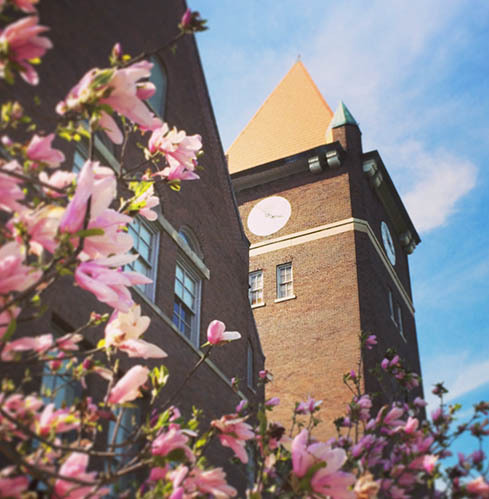 While the original main building that was Cumberland University was burned during the Civil War, the stately Memorial Hall that graces Cumberland University’s campus today was constructed from 1892-96. The well-known clock tower of Memorial Hall is Lebanon’s tallest landmark, and can even be spotted from Interstate 40, representing more than 120 years of history amidst much younger and less distinguished structures. While Memorial Hall has naturally seen renovations over the years, currently it needs extensive exterior masonry work, along with replacing 30 windows on the third floor of Memorial Hall and 16 windows on the clock tower. Listed on the National Register for Historic Places, any renovations must adhere to strict rules.

“Continued improvement to the infrastructure of the campus and protecting its rich history while meeting the educational  needs of the  students will ultimately result in a stronger community and better-educated workforce for the State of Tennessee  and our nation,” Rep. Mark Pody said recently.

There is great importance to maintaining the exterior of Memorial Hall so that the beautiful interior can continue to be used by  Cumberland students, staff, faculty and community members, including the well-loved Baird Chapel. Memorial Hall’s largest  room and  gathering place  on the first floor was originally a chapel that was an extension of the central section of the building.  Because the acoustics in the large room made it difficult to be used as a chapel, it was made into a gymnasium in 1900. Then  the generosity of Walter Jackson Baird, in memory of  his wife, Ethel Bouton Baird, made it possible in 1939 to redecorate this  room, which was then named Baird Chapel. The elegant Art Nouveau ceiling was installed, along with portraits of individuals  important to CU history, and a beautiful stained-glass window depicting the  symbol of the Phoenix. Since 1939, Baird Chapel  has been used as a movie theater and as a University and community assembly and lecture hall. Today it is a popular site for wedding receptions, community events and  University social events.

While not part of the structure of Memorial Hall, there is a plethora of beautiful portraits of distinguished men and women who are an integral part of the University’s history which grace the halls on the first floor. However, time has taken its toll and these tangible objects of the  University’s  history are in need of repair, restoration and in some cases, better identification. Many are painted by world-renowned artists. A group of volunteers is leading the fundraising for this Portrait Preservation Project.

Congressman Diane Black recently wrote about the importance of Memorial Hall, “Having attended several commencement ceremonies at Cumberland University in the past, I have seen firsthand the contagious pride and joy these students feel when they walk  across the stage  in front  of Memorial Hall to receive their diplomas. There isn’t a more idyllic setting for such an important milestone for these young scholars.”