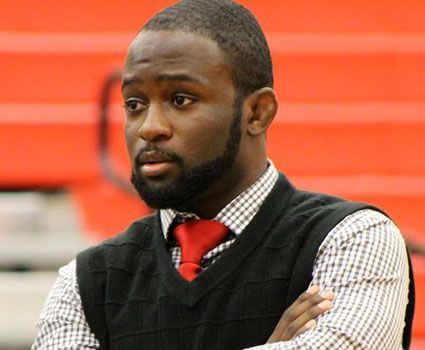 Cumberland University Director of Athletics Ron Pavan announced the hiring of James Hicks as the program’s new wrestling head coach. He will take over at CU on April 20. Hicks has served the last three years as head coach at Darton State College in Albany, Ga.

The Belle Glade, Fla., native has produced two national champions and six junior college All-Americans during his three seasons at Darton State. He was named Region III Eastern District II Coach of the Year in each of the last two seasons for the Cavaliers and the team won the Eastern District II Championship in both campaigns as well.

Twenty-two wrestlers have qualified for the NJCAA national tournament over the last three years, including nine in 2015 and eight in 2014. The team has finished in the Top 25 at the national tourney all three seasons, including 14th in 2015 and 17th in 2014. Darton State also placed third each of the last two years in the non-scholarship division of the NJCAA National Championships. In addition, five wrestlers have garnered Academic All-America honors under Hicks’ tutelage.

Hicks served as an assistant coach at his alma mater, Campbellsville University, for four years, with the Tigers placing in the Top 7 at the NAIA Championship in three of those campaigns. Campbellsville won the East Region Qualifier in his final season there in 2012 and finished in the Top 5 at the NWCA National Duals in 2010, 2011 and 2012. The Tigers also won the Mid-South Conference regular season title in each of his last three years with the program.

Hicks was a three-time NAIA national qualifier and a Daktronics NAIA Scholar-Athlete during his wrestling career at Campbellsville as well as a three-year starter for the Tigers. He was a member of the 2006 NAIA National Championship club at Dana College in Blair, Neb., ranking as high as sixth nationally and receiving the team’s Freshman of the Year award. He placed fourth as a senior at the FHSAA State Championships for Glades Central High School.

Hicks received his bachelor’s in Physical Education from Campbellsville in 2009.