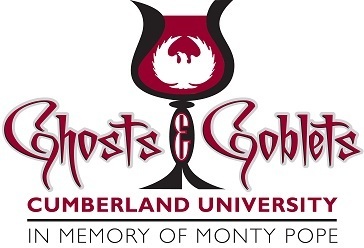 “Ghosts and Goblets,” a fundraiser in its first year at Cumberland University, hosted 108 guests and raised $7,500 for the Monty and Pace Pope Endowed Scholarship for History and International Students, officials announced today.

The event was created in memory of Monty Pope, a longtime professor at CU, who was known for his annual ghost tour for students. Family, friends and faculty came up with the idea to keep Pope’s memory alive through this fundraiser which included a whiskey tasting, appetizers, desserts and an on-campus ghost tour led by history Professor Natalie Inman.