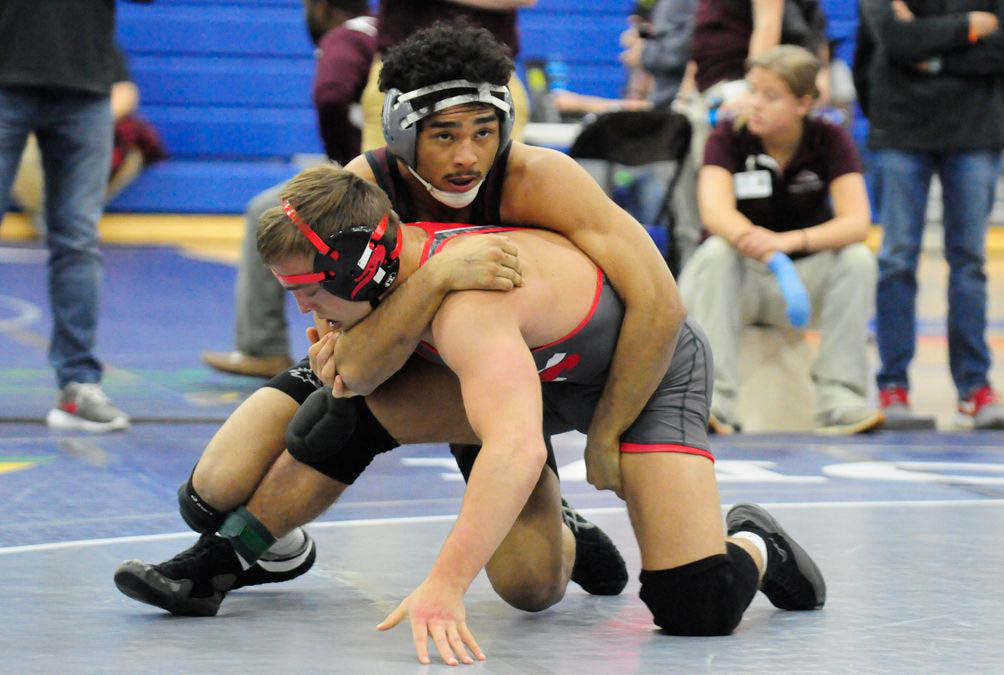 All four of Cumberland’s participants were automatic qualifiers through competition this past weekend at the Mid-South Conference Championships in Bowling Green, Ky., with Sisco placing third and Jones taking fourth in their respective weight classes.

Sisco, ranked 19th nationally at 157, pinned Life University’s 14th-ranked Denver Stonecheck at 2:13 in his first bout this past weekend before losing a 12-7 Decision to Southeastern University’s Dylan Chatterton. The Pickerington, Ohio, native won a 3-1 Decision in Sudden Victory over Lindsey Wilson’s 18th-ranked Bryce Hoffman and then picked up a 3-2 Decision versus Bobby Ehman from the University of the Cumberlands in the third-place match. He enters the NAIA Championships with an 18-10 overall record this academic year.

Weber lost his first bout at 149 at the conference championships, a 4-2 Decision in Sudden Victory to Southeastern’s 14th-ranked Jake Watters, but picked up two wins in the wrestleback. The Lawrenceville, Ga., native posted a 13-8 Decision against Life’s Marcus Abreu and registered a 4-2 Decision in Sudden Victory over Campbellsville University’s 10th-ranked Jayce Carr. He then lost by Fall at 6:03 to 16th-ranked Trent Leon from the University of the Cumberlands. He has a 17-13 overall mark this year.

Jones, ranked ninth nationally at 197 with an overall record of 14-8, dropped a 6-0 Decision to Life’s second-ranked Dalton Bailey in his first match but won a 4-2 Decision in Sudden Victory over Life’s 17th-ranked Diallo Matsimella. The New Bern, N.C., native lost a 3-1 Decision to Lindsey Wilson’s 20th-ranked Corey Hinkle but got another win over Matsimella for fourth place.

Olivieri, ranked 20th in the country at 184, won a 3-2 Decision in his first bout over Southeastern’s 19th-ranked Jason Davis but lost by Fall at 3:46 to Campbellsville’s second-ranked Chuck Sharon. In the wrestleback the Murfreesboro, Tenn., native dropped an 8-7 Decision to Life’s eighth-ranked Hunter Smith but received a Medical Forfeit versus Max Emerson from the University of the Cumberlands. He holds a 15-16 overall record this acadmic year.