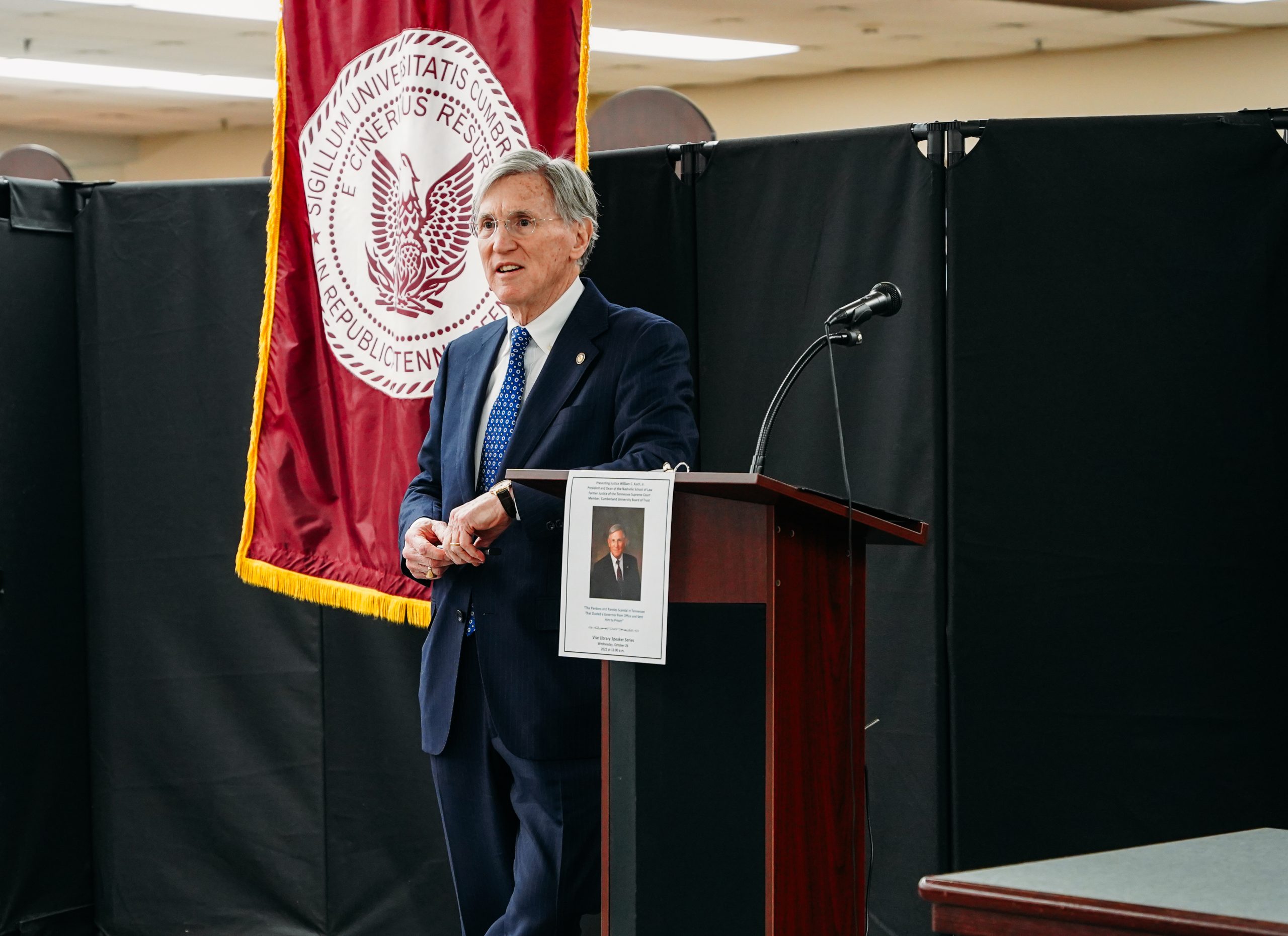 Cumberland University hosted former Tennessee Supreme Court Justice and active Cumberland University Board of Trust member William C. Koch, Jr. as he participated in the university’s Vise Library Speaker Series on Oct. 26 at 11 a.m. Justice Koch shared his experience with the pardon and parole scandal that ousted a Tennessee governor from office and sent the governor to prison.

Justice William C. Koch, Jr. currently serves as the Dean of the Nashville School of Law, and has been a Trustee on the Cumberland Board of Trust since 2016. Prior to his appointment as Dean, Koch served as both a Justice of the Tennessee Supreme Court and a Judge of the Tennessee Court of Appeals. During his 30 years as justice, Koch was recognized as Tennessee’s Appellate Judge of the Year by the American Board of Trial Advocates and was also listed as one of the 500 Leading Judges in America. Koch also served as Counsel to Tennessee Governor Lamar Alexander, Commissioner of Personnel and Deputy Attorney General of the State of Tennessee.

“We are thrilled to have Justice Koch join us as a part of our speaker series,” said Cumberland University President Dr. Paul C. Stumb. “Not only is Justice Koch an ally and proud supporter of our university, but his professional career is truly remarkable. I am honored that he would take time to engage with our students, faculty and staff, and share his knowledge and expertise.”

“Justice William C. Koch, Jr. has distinguished himself by achieving significant goals in the field of law in Middle Tennessee over the course of several years,” said University Provost and Vice President for Academic Affairs Dr. C. William McKee. “While serving Tennessee as a judge and a justice, Dean Koch established a well-known reputation for the intellectual vigor of his written opinions, which continue to help guide lawyers and judges all across the state of Tennessee.”

Vise Library Speaker Series events are held throughout the year to enhance students’ educational experiences by hearing from a variety of perspectives including professors from other institutions, politicians and more.