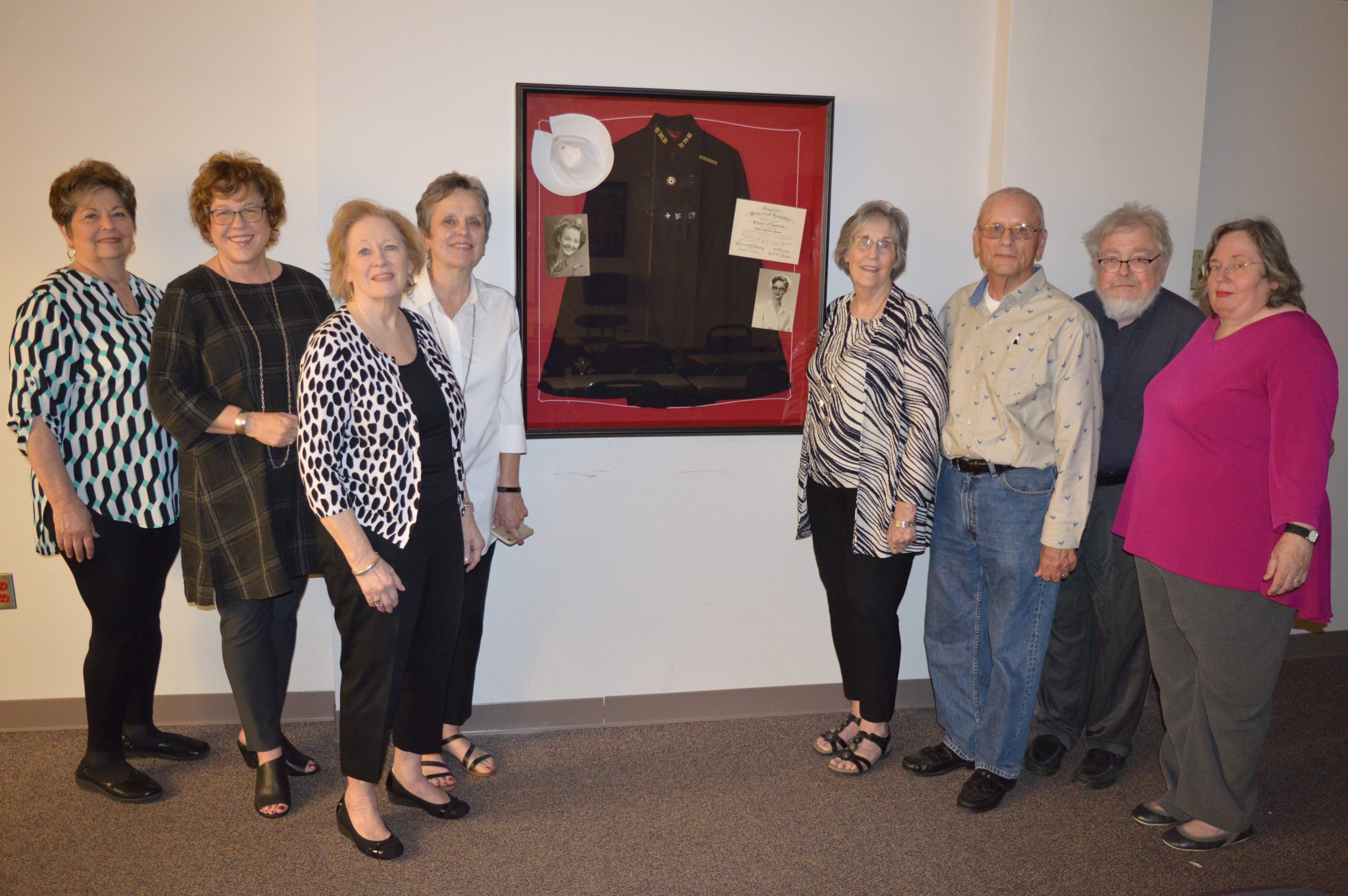 Cumberland University Rudy School of Nursing and Health Professions announced that the family of Esther Arrington has donated a shadow box of her nursing cape and cap to the school.

Arrington was a World War II cadet nurse, who received her diploma in nursing from Baptist Memorial Hospital in Memphis, Tennessee, before becoming a registered nurse by passing the national licensing exam. She worked in labor and delivery in both Lebanon and later the Atlanta area. When in Lebanon, she was a nurse at the McFarland Hospital, now home to the Rudy School of Nursing and Health Professions. Arrington passed away in 2018 at the age of 91.

Arrington’s son, Ronald Arrington, donated a framed shadow box of his mother’s nursing cape, cap, degree and photos of his mother in uniform and donated it to the Rudy School. The shadowbox is now displayed in McFarland Hall Classroom 1.