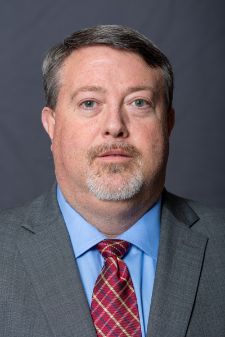 Cumberland University Director of Athletics Ron Pavan announced the hiring of Tim Mathis as head coach for the Phoenix on January 22, 2018. He becomes the sixth head coach since Cumberland restarted the football program in 1990. Mathis is entering his second season as the Phoenix Head Coach.

In Mathis’ first season at Cumberland, he led the Phoenix to a 5-6 (MSC 3-3) record.The Phoenix upset the number 4 ranked ranked Lindsey Wilson Blue Raiders 24-21at home on Senior Day. The offense averaged 20.0 points per game while averaging 324.9 total yards per game.

Mathis served as an assistant coach for 10 seasons at Shorter University when the Hawks started their program in the NAIA in 2005. He was the team’s offensive coordinator his last five years at Shorter, including during the transition to NCAA Division II.

Mathis was a member of the Shorter staff for the inaugural season in 2005 and served five years as the team’s offensive line coach. The Hawks led the NAIA in rushing, won the Mid-South Conference championship and earned the program’s first-ever postseason playoff berth in 2008. Two players earned All-America honors and a dozen offensive linemen were named All-Mid-South during those five seasons.

He moved into the role of offensive coordinator from 2010-14, working with running backs for two seasons and quarterbacks and fullbacks the final three. Shorter ranked second nationally in rushing at 310.9 yards per game and posted 30.5 points per contest in 2010 and ranked third in the country in rushing (271.9), averaging 30.0 points per outing in 2011, the program’s last in the NAIA.

Shorter ranked third in the Gulf South and 22nd nationally in rushing in 2014 with 225.3 yards per contest.

Mathis was the head coach the last two seasons at St. Francis High School in Alpharetta, Ga., posting a 2-8 record in 2016 with freshmen and sophomores making up 74 percent of the roster. He registered a 4-6 mark in 2017 with the Knights.

He also served one season as head coach at Franklin County High School in Eastpoint, Fla., helping the Seahawks break a 23-game losing streak and finishing the season 3-7 overall.

Prior to his time at Shorter, Mathis worked four years at Trion City Schools in Trion, Ga., coaching the offensive line all four seasons as well as serving as defensive coordinator for two years. He was also the wrestling coach for two years and the golf coach for two seasons.

Mathis earned his bachelor’s in History with a minor in Political Science from Georgia Southern in 1996 and received his master’s in Leadership from Shorter in 2010. He is married to the former Mesha Layman and the couple has two children – Abby and Hunter.