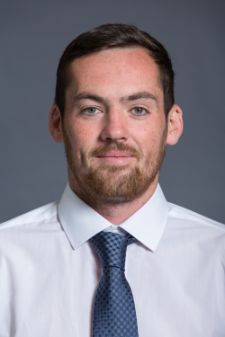 Over the past two season at Cumberland, the Men’s Soccer program has achieved Mid-South Conference Regular Season Champions and Tournament champions. Keely primarily coachs the goalkeepers and assisted Bennett Strutz on achieving First Team All Mid-South Conference in both 2017 and 2018 as well as MSC Defensive Player of the Year in 2018.

Keely served the last two seasons as an assistant coach at Christian Brothers, organizing travel, recruiting international as well as local players for the program while managing and delegating scholarships. He designed and implemented practice plans and organized and maintained team videos and analysis technology.

As a player the Dublin, Ireland, native posted three goals and one assist as a senior at CBU in 18 matches in 2014, including a pair of game-winning goals. The Bucs finished that season 14-3-1 overall, reaching the NCAA South Regional.

He spent two seasons at the University of Memphis, seeing action in 12 matches with 10 starts and registering one assist in 2012. He recorded four goals and four assists in 18 outings with nine starts in 2013, including three game-winning goals.

Keely holds a USSF D License, U18 Division 1 coach with NUSA and a U16 Division 2 girls with NUSA licences.

Keely earned his bachelor’s in Professional Studies with disciplines in Sports Management and Health Promotion from Memphis in 2014. He received a certificate in Project Management from Christian Brothers in 2014 and a master’s in Business Administration from CBU in May 2017.