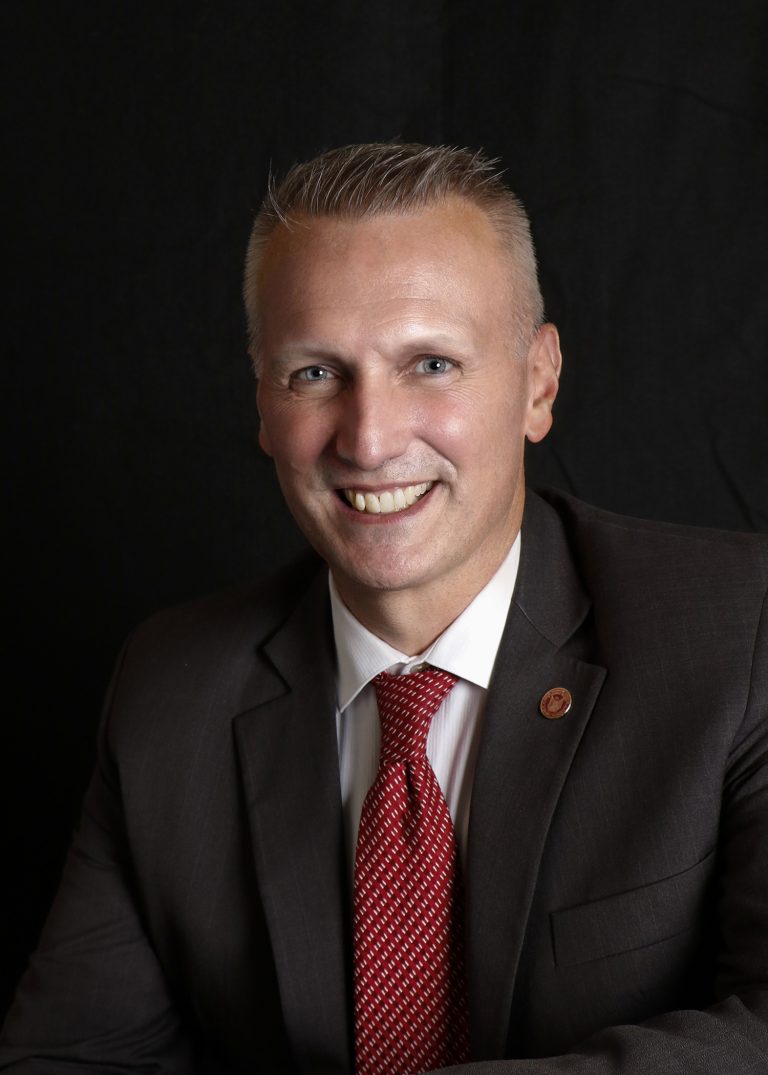 Prior to joining Cumberland University’s faculty in 2019, Mr. Espenshade enjoyed a 24 year career as a Special Agent with the Federal Bureau of Investigation (FBI).  In his last assignment, Mr. Espenshade led the FBI’s Nashville office. In this executive leadership position, Mr. Espenshade directed the operations, intelligence, and administrative activity of approximately 100 employees throughout middle Tennessee.

During his career in the FBI, Mr. Espenshade served as Legal Attaché in Budapest, Hungary and Nairobi, Kenya where he had responsibility for seven countries in east Africa (Kenya, Somalia, Uganda, Burundi, Tanzania, Rwanda, Democratic Republic of the Congo, and Republic of the Congo).  In these positions, he was part of the Ambassador’s senior staff and the liaison officer to each country’s national police force. Over the course of his career, Mr. Espenshade responded to dozens of terrorism attacks including the Westgate Mall attack in Nairobi, Kenya in 2013 and the kidnapping of American citizens in Somalia.  Mr. Espenshade’s foreign assignments include a counterterrorism deployment to Afghanistan in 2003.

Mr. Espenshade’s other FBI assignments include supervisory and investigative positions in Texas and New York City.  These experiences encompassed investigations of international terrorism, violent crime, public corruption, narcotics trafficking, organized crime, civil rights, and sophisticated fraud schemes.  He was a primary investigator in the 1998 bombings of the United States embassies in Kenya and Tanzania which led to the indictment of Usama bin Laden. Over the course of his career, Mr. Espenshade was awarded the FBI Director’s Award for Excellence in International Operations, the National Intelligence Meritorious Unit Citation for outstanding performance in the investigation and ultimate recovery of a kidnapped hostage in Somalia, and the Brigadier General Richard T. Ellis Award for Excellence in collaboration within the U.S. intelligence community.  Mr. Espenshade was also the recipient of numerous other awards for exceptional investigative and leadership accomplishments over the course of his career with the FBI and military that exceeded a 30-year period of time.

Prior to joining the FBI, Mr. Espenshade served as a Military Intelligence officer in the U.S. Army.  He earned a B.S. from Saint Joseph’s University in Philadelphia, PA and a M.S. in Organizational Leadership from Norwich University in Northfield, VT.   Mr. Espenshade is married to Lisa Espenshade, an educator with a 20 year career of teaching both science and special education in schools throughout the United States and international schools in Africa and Europe.  They have four school-aged children, Matalyn, Ava, Ella, and Seth. Mr. Espenshade is an elder at the Journey Church in Lebanon, TN where he teaches children’s classes and leads an adult small group bible study.