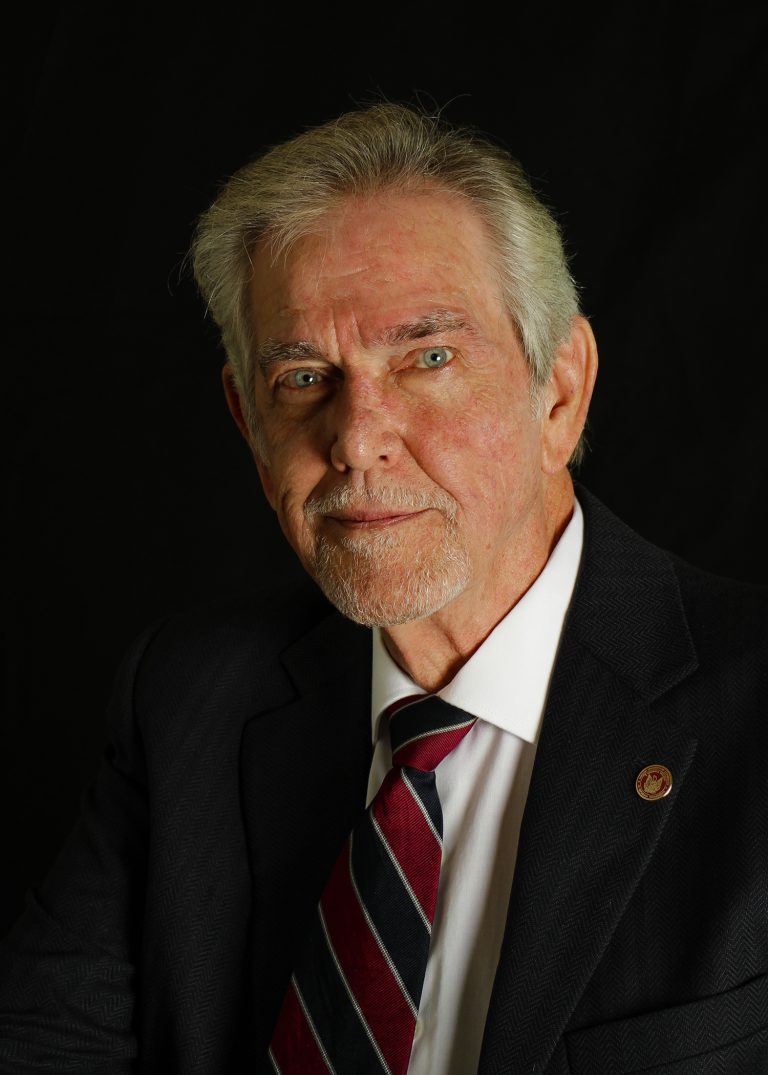 Professor of Communications and Theatre
Work Email: lmenefee@cumberland.edu
Work Phone: (615) 293-7304
Location: School of Humanities, Education, and the Arts
Category: Faculty
School: The School of Humanities, Education and the Arts
Degrees:
B.A., David Lipscomb University
M.A., Southern Illinois University
Ph.D., University of Denver
Bio:
“Doc” Menefee joined the faculty in 1996 as Professor of Theatre and Speech.  He serves as the Director of Theatre and was responsible for developing the theatre major at Cumberland University.   Dr. Menefee has served as Director of Theatre at several universities and has directed more than a hundred university and community theatre productions. He has written and published several articles in regional and national theatre journals, as well as serving as editor for Theatre Southwest, a regional theatre journal.  Dr. Menefee has also completed his own translation and adaptation of Sophocles’ Oedipus the King from the original Greek which was produced as a main stage production at Cumberland in the fall of 2007.   Dr. Menefee is an avid reader with wide-ranging interests from the classical to contemporary novels.  He particularly enjoys novels of other cultures, sci-fi and western fiction.  Two of his favorite novels are The Count of Monte Cristo and Ayn Rand’s The Fountainhead. His personal study regularly involves reading from the Greek New Testament and the Septuagint (the Greek translation of the Old Testament). Having worked as the theatre draftsman at the University of Denver, Dr. Menefee has designed and drafted many of the sets for the university productions, which are then built by the students themselves. His highly professional sets are integral to his teaching philosophy.  Doc’s directorial techniques and teaching of acting focus on Stanislavski’s classic system, and his enthusiasm for directing and teaching theatre is echoed in his comment on the relationship of his detailed set designs and his directing:  “My acting students are like diamonds, and although rough and unpolished while being trained, are diamonds nonetheless, and deserve the finest possible setting for their talents.” An accomplished speaker, Dr. Menefee has taught thousands of students in basic communication courses, and has taught courses in Linguistics, public speaking, oral interpretation, speech for the elementary school teacher, and presently teaches voice and articulation for theatre which focuses on dialect problems, stage speech, phonetics (IPA), and the British dialect. Dr. Menefee is the father of three daughters.  His oldest daughter, Charissa, also holds a Ph.D. in theatre and is a professor at Iowa State University.  Her husband, whom Dr. Menefee recruited to his program as a freshman student while Director of Theatre at West Texas State University, is Kenneth L. Cook, a published novelist and the winner of the Spokane Award for his fiction.  Kenny teaches creative writing at Iowa State.    His daughter Melanie has an M.A.T. and teaches art in Nashville, and Amanda, with a degree in journalism from MTSU, works with the Academic Success Center of Clemson University in South Carolina.  “Daughters|” according to Doc, “are the roses in a man’s life.” Carson, the oldest grandson, recently graduated from Harvard Law and currently works in Los Angeles.