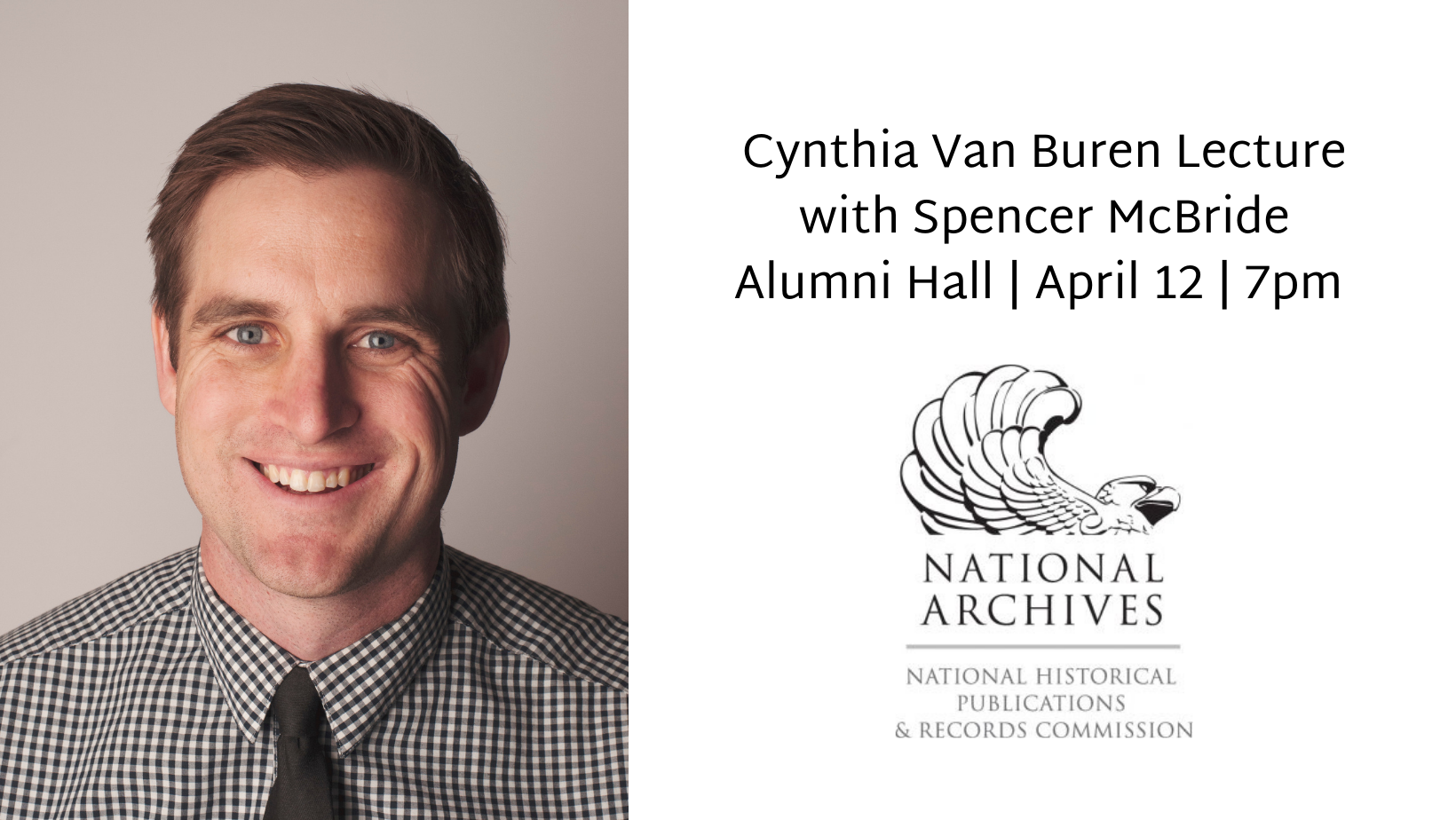 Dr. Spencer W. McBride will give the inaugural Cynthia Van Buren Lecture at Cumberland University’s Alumni Hall on Tuesday, April 12, at 7 p.m. McBride, who received his Ph.D. in history from Louisiana State University, is Associate Managing Historian of the Joseph Smith Papers Project. He is the author of several books on religion and American politics, including Pulpit and Nation: Clergymen and the Politics of Revolutionary America (University of Virginia Press, 2016) and Joseph Smith for President: The Prophet, the Assassins, and the Fight for American Religious Freedom (Oxford University Press, 2021). McBride’s writing on the historical context for current events has appeared in publications such as the Washington Post.

The lecture series is named in honor of the late Cynthia Van Buren, a Palm Beach, Florida, philanthropist who bequeathed a $100,000 gift to the Papers of Martin Van Buren presidential papers project upon her death in 2020.

“We are highly anticipating Dr. McBride’s lecture as a way to honor the legacy of Cynthia and express our gratitude for her generosity,” said Dr. William McKee, Provost and Vice President for Academic Affairs.

Cynthia Van Buren’s gift allows the university to provide internships to students and fund research trips to obtain historical documents, as well as to secure guest speakers like Dr. McBride.

“Cynthia was a special and generous friend to us,” said project director Mark Cheathem. “We are thrilled that Dr. McBride is the first scholar to give a lecture in her honor.”

The Papers of Martin Van Buren is making accessible approximately 13,000 documents written by or sent to the eighth president at the project website, vanburenpapers.org. The project is sponsored by Cumberland University and the National Historical Publications and Records Commission and is produced in partnership with the Center for Digital Editing at the University of Virginia.