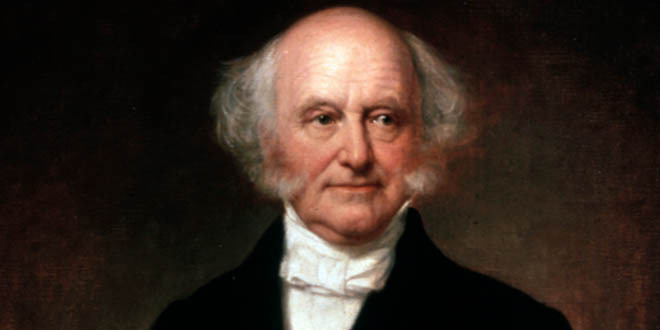 Cumberland University received a grant for $143,657 from the National Historical Publications and Records Commission (NHPRC) for the Papers of Martin Van Buren (PMVB) project. The funds will support the creation of the digital version of the Van Buren papers, which will make accessible approximately 13,000 documents belonging to the eighth president.

Mark Cheathem, PMVB project director and Cumberland University history professor, involves students with transcribing the difficult-to-decipher papers, many of which are written in nineteenth-century script.

“The NHPRC’s continued endorsement and financial commitment indicates the project’s importance to the National Archives. Cumberland University is fortunate to have one of the few presidential papers projects in existence and one of three currently located in the state of Tennessee. We look forward to continued progress on providing access to President Van Buren’s papers, especially as we publish our first series of documents later this month,” said Cheathem.

The PMVB project is significant not only for Cumberland University but to United States history. By transcribing Van Buren’s papers, including his letters, speeches, notes, and miscellaneous material, this project is providing fresh insight into the founding of the Democratic party, the evolution of formal politics between the War of 1812 and the Civil War, and the changes in political culture that occurred during Van Buren’s lifetime. Additionally, it is helping scholars, students, and the public understand the maturation of United States politics during the nation’s early development.

The Papers of Martin Van Buren project is sponsored by Cumberland University and the National Historical Publications and Records Commission and is produced in partnership with the Center for Digital Editing at the University of Virginia.