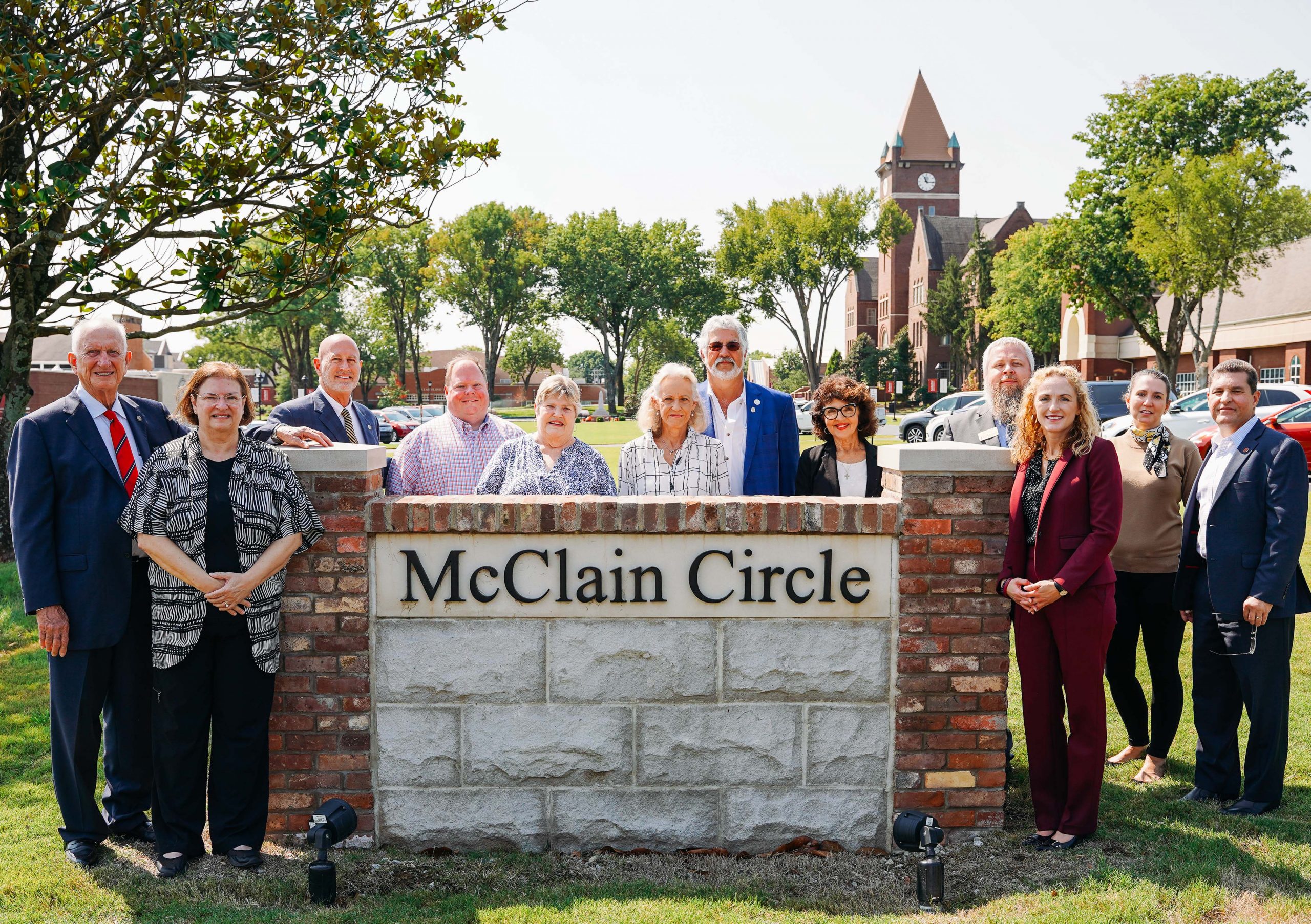 Cumberland University announced today it received a generous gift of $1 million from the Hatfield and McClain families that will go to the McClain Sisters Scholarship for nursing students in the Jeanette C. Rudy School of Nursing and Health Professions.

A check presentation was held in McClain Circle, the entrance to Cumberland University that was funded by and dedicated to the Hatfield and McClain families in 2019.

Dean of the Rudy School of Nursing and Health Professions Dr. Mary Bess Griffith shared her gratitude for the gift and the impact it will have on Cumberland nursing students.

“This is an amazing gift that will help grow the nursing workforce and enhance care in Middle Tennessee and the surrounding region,” said Dean Griffith. “This gift will make a difference for students trying to decide if they are financially able to fulfill their dream of becoming a nurse. It is a wonderful way to honor Mrs. Hatfield’s legacy and example of philanthropy.”

“The Hatfield and McClain families have a rich history with our institution,” said Cumberland University President Dr. Paul C. Stumb. “Their philanthropy is imprinted throughout our campus, and this generous gift continues to show their devotion to higher education and changing the lives of our nursing students.”

Both the Hatfield and McClain families have been actively involved with Cumberland for generations. Josiah Scott McClain was an original board member for 34 years, before his descendant Joe Hatfield, husband of Carrie McClain Hatfield, followed in his footsteps as a Board of Trust member. In 1892, fifty-five acres of the McClain Family Farm became the primary site for Cumberland’s current campus.

Joe Hatfield Jr. also presented the university with his mother Carrie McClain Hatfield’s 1947 Cumberland University diploma which will be framed in the Rudy School’s McFarland Hall.