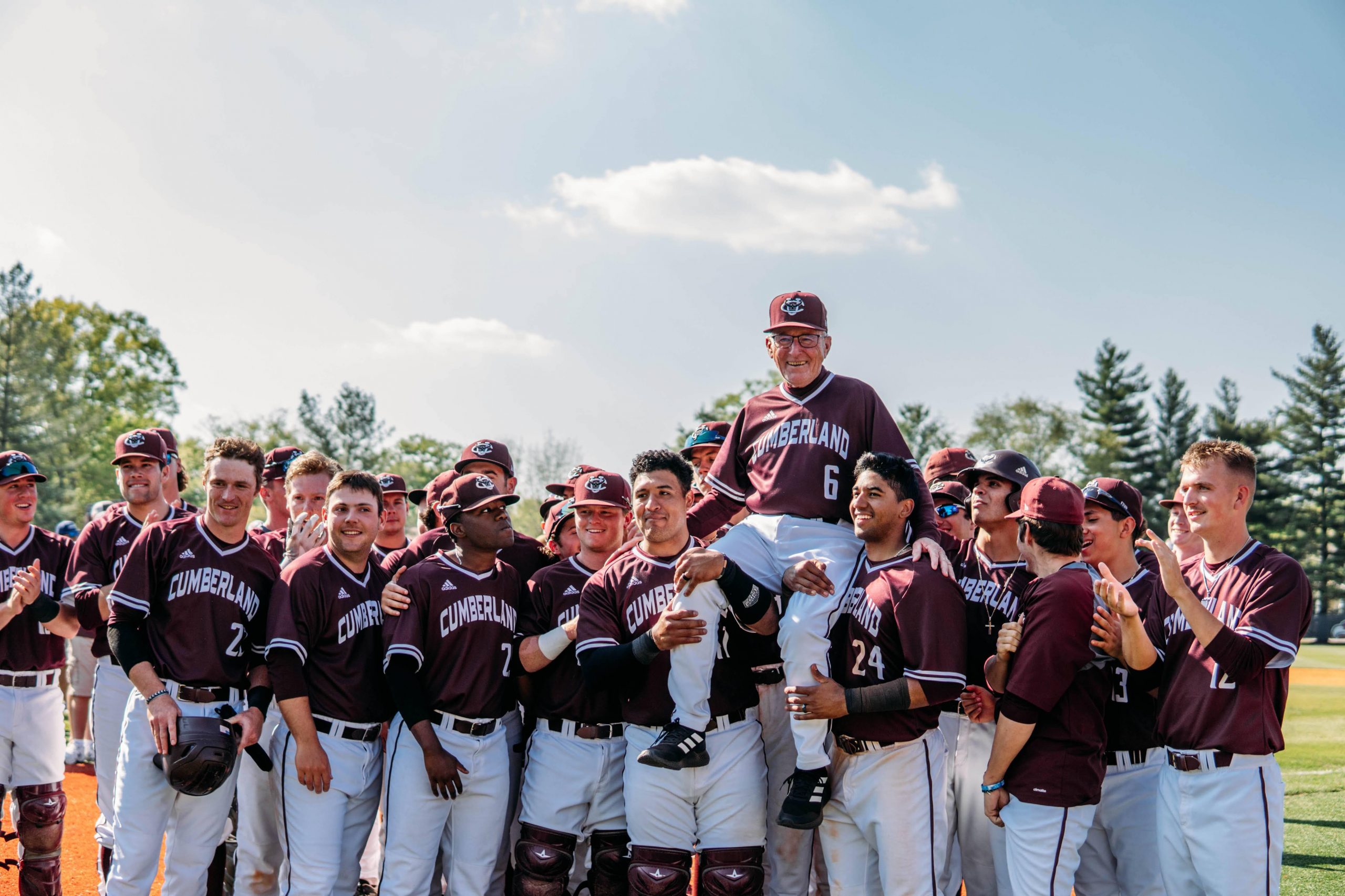 Cumberland University announced today that thanks to many generous donors, over $55,000 was raised towards the Coach Woody Hunt $43,000 initiative supporting the Cumberland baseball program and the Coach Ronald “Woody” Hunt Endowed Fund supporting additional scholarships, equipment and infrastructure.

“I am overwhelmed by the support I have received from the entire Cumberland community,” said Coach Woody Hunt. “I am so grateful for those that generously gave to these funds which will contribute to the success of the baseball program for years to come.”

A ceremony honoring Coach Hunt’s commitment to Cumberland University was held on Sat., April 25 and he coached his last home game at the stadium named after him on Sun., April 26. Over 1,000 baseball alumni, fans and friends of Coach Hunt and the university were in attendance for the weekend’s events.

“During my recruiting visit to Cumberland 37 years ago, Coach Hunt promised me and my father that he had a vision and a goal to turn Cumberland baseball into a power house and a nationally ranked program,” said Bill Potter, baseball alumnus class of 1989 and donor to the Woody Hunt initiative. “To see Coach Hunt in his last home game brought back so many memories of wins as well as losses on that field. He is truly a legend and to see all of the former players come back on campus to see Coach Hunt meant so much to him.”

Following Hunt’s retirement announcement, the university initiated two initiatives honoring Coach Hunt and the Cumberland baseball program, the $43,000 campaign in honor of Hunt’s 43 years at the university and the Woody Hunt Endowed Fund to support additional scholarships, equipment and infrastructure to the baseball program for future generations.

Cumberland University asked students, parents, alumni, friends and community members to contribute towards continuing Coach Hunt’s legacy at Cumberland through these designated funds. Gifts were made directly to the Office of Advancement, by purchasing t-shirts and commemorative coins at the events and by participating and bidding on items in an online auction.

“Cumberland has been so blessed to have a coach as loved and respected as Coach Hunt has been for so many years,” said Vice President for Advancement Staci Galentine. “The gifts made in his honor will continue his legacy of making an impact on future student athletes.”