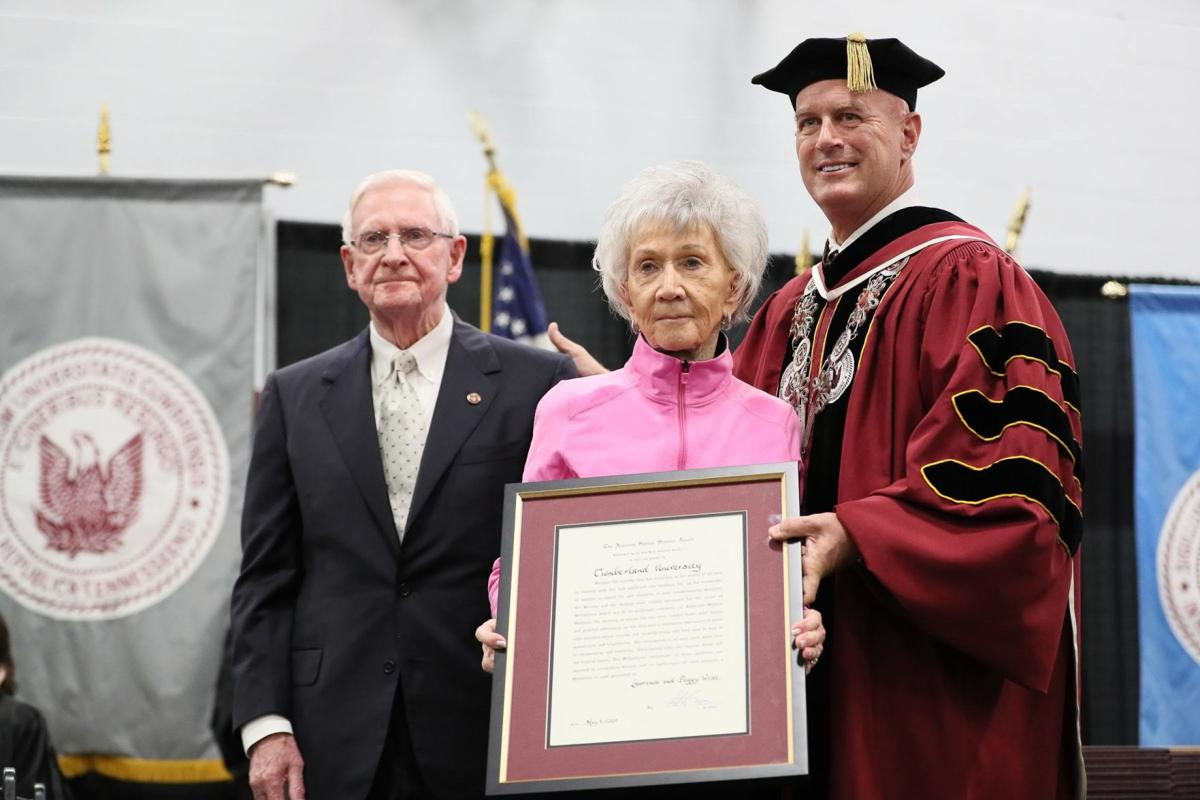 Cumberland University announced Lawrence and Peggy West as the 2019 Algernon Sydney Sullivan Community Award recipients during its Commencement ceremony on Saturday, May 4.

The award recognizes Cumberland University community members who exemplify a generous spirit, an outstanding commitment to service and excellent character. The award was established in 1925 to honor the memory of Sullivan, a prominent philanthropist in New York in the late nineteenth century.

The Wests are residents of Gallatin, TN and have been an integral part of the Cumberland community for decades. They have been involved in various campus initiatives including the Bert Coble Memorial Organ, the building of Vise Library, Labry Hall, a dedication in the Heydel Fine Arts Center and the Memorial Hall elevator project.

Lawrence and Peggy West grew up in Nashville, TN. After years working as a production manager at Nashville Corrugated Box, Lawrence and Peggy, along with some others, started their own box company in Lebanon, Custom Packaging.

Their daughter, Jackie Cowden, earned her associate’s degree and later her master’s degree from Cumberland. The Wests’ founded the Cumberland Scholarship Program for dependent children of Custom Packaging employees. Through this program they have provided higher education opportunities for hundreds of Cumberland students since 1973.