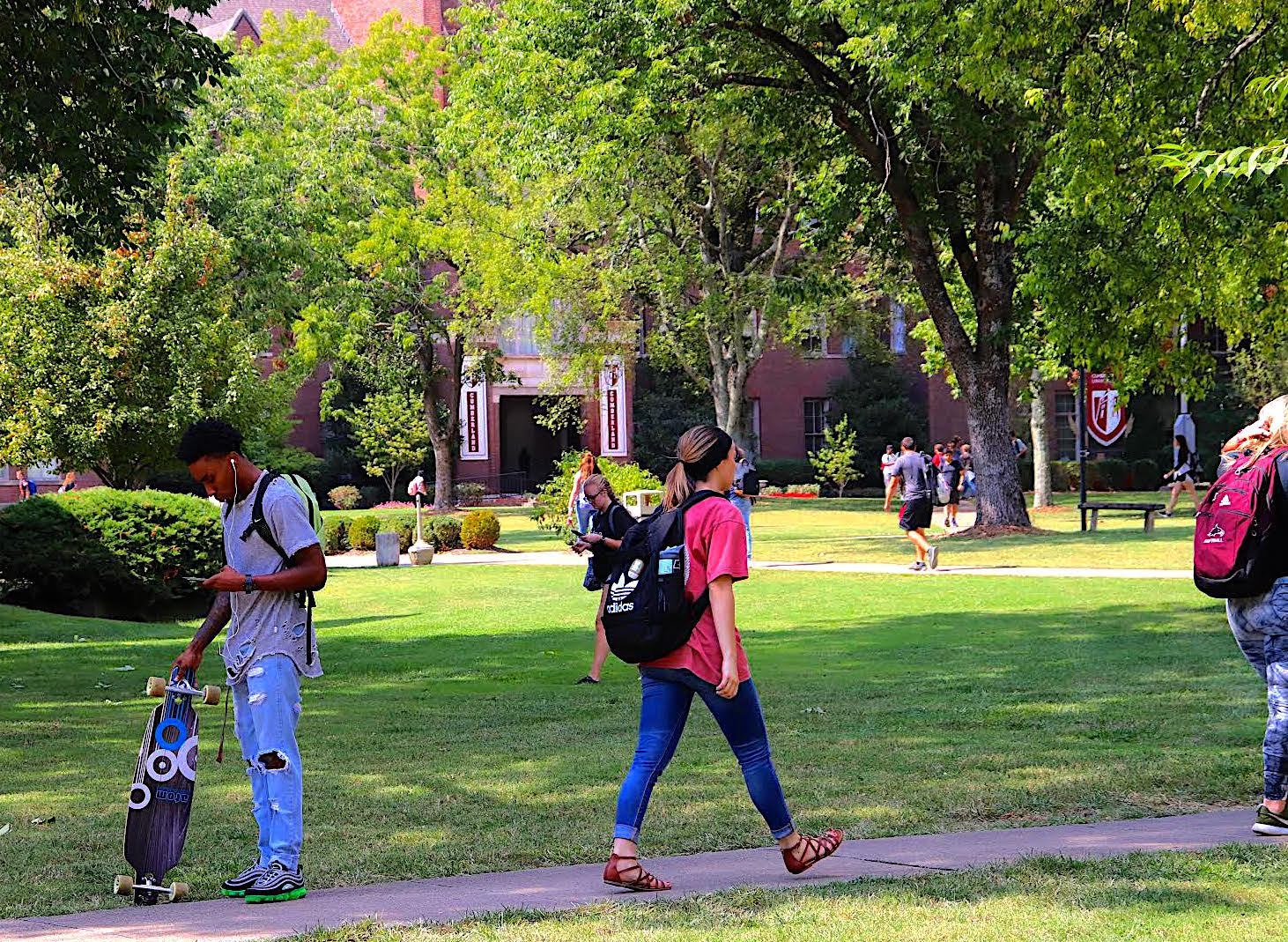 Cumberland University’s 36th Annual Phoenix Ball broke all previous records with a gross amount of over $300,000 raised and nearly 500 supporters attending the event in the Dallas Floyd Phoenix Arena.

The annual fundraising ball, themed “Moonlight and Magnolias” held on Saturday, June 1, was filled with dining, dancing, and silent and live auctions to raise funds for scholarships at the university.

The night began with a reception and silent auction in Baird Chapel, before guests moved to the Dallas Floyd Phoenix Arena for a seated dinner.

Cumberland University President Paul C. Stumb, and his wife, Dr. Cristy Stumb, welcomed guests to the university and introduced Rev. Ryan Bennett to lead the invocation. The Stumbs then presented Jim and Janet Ayers with the inaugural Phoenix Award in recognition of their extraordinary contributions to higher education throughout the State of Tennessee.

Dr. Stumb next introduced the committee chairs for this year’s Phoenix Ball – Scott and Kirsten Harris. After thanking all of the sponsors and members of the planning committee, Scott and Kirsten introduced Mr. Van Cluck, President and Chief Development Officer of this year’s Presenting Sponsor – The Pavilion Senior Living. Mr. Cluck proudly announced a major expansion to the existing Pavilion Senior Living facilities that will be called Cornerstone Place. Once complete, this expansion will provide an active adult lifestyle community and be Wilson County’s only full continuum provider.

During the dinner, auctioneer Ray Hubner led the live auction, which featured a Chef’s table experience at Mo’Cara, a 2019 Polaris RZR, a custom Magnolia Pendant with a 2ct Morganite and diamond halo, made by Shawn Smith, owner of the Jewelers, a 23-year old bottle of Pappy Van Winkle Family Reserve and a 2013 Volkswagen Beetle convertible.

Following the live auction part of the evening, guests danced to the 12 South Band and enjoyed late-night snacks courtesy of Zaxby’s.

“I am absolutely thrilled with the results of this year’s Phoenix Ball and so very grateful to Scott and Kirsten Harris, the planning committee members, and our record number of sponsors and guests who made this event the most successful Ball in its 36-year history,” President Stumb said.

For more information on the Phoenix Ball, visit www.phoenixball.com.