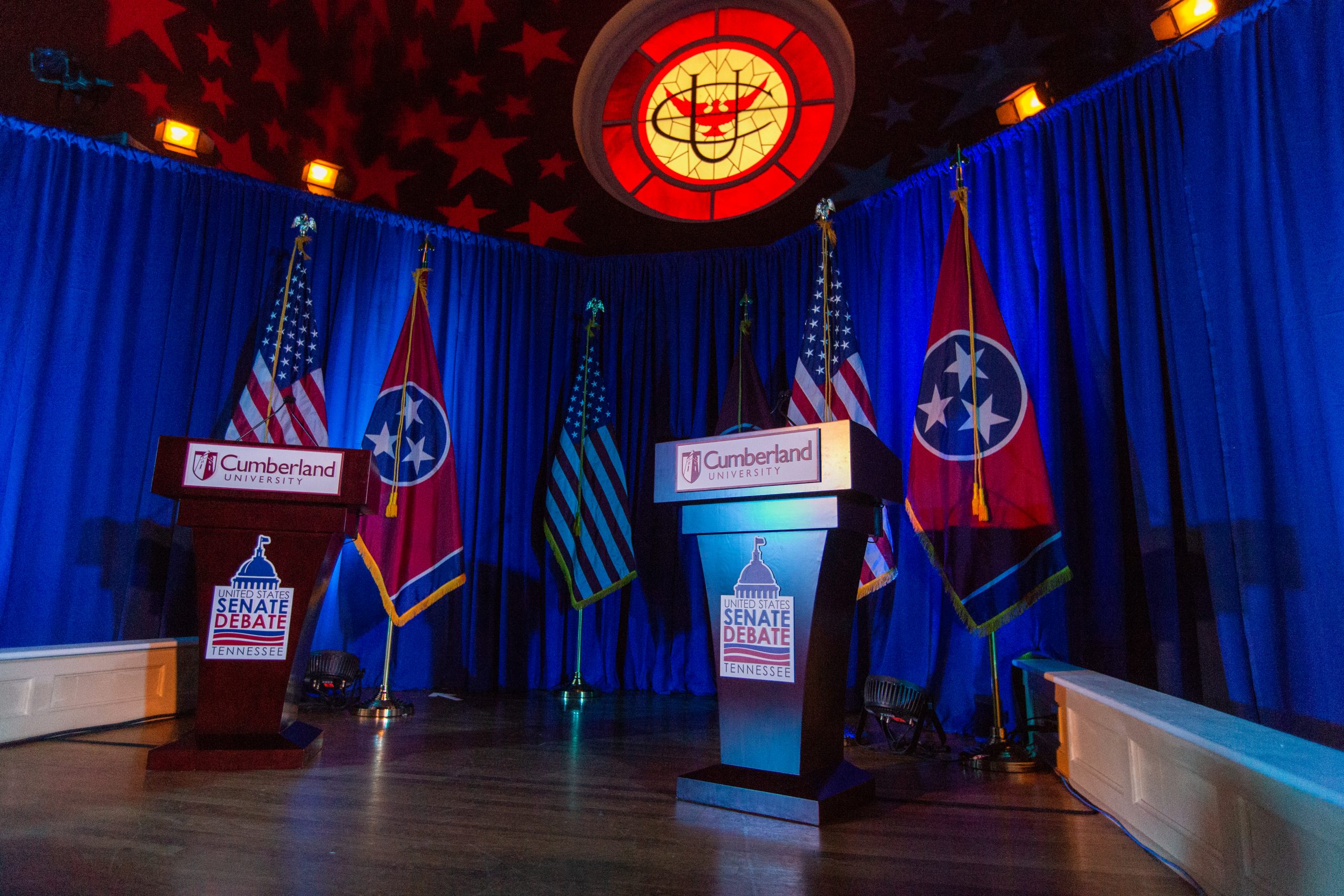 Over 600 community members, media personnel and volunteers were present on the Cumberland campus to attend the debate. Additionally, nearly 100,000 viewers tuned into NewsChannel 5’s live broadcast, and over 25,000 viewers watched the debate online.

University President, Dr. Paul Stumb, said having the ability to host an event with the magnitude of a senatorial debate provided the opportunity for community members to actively participate in significant civic affairs.

“Cumberland University is honored to have hosted such a distinguished event as the Senate Debate,” Stumb said. “Events like this promote civic involvement and allow Tennesseans to be well-informed as they effectively engage in our community. We are proud to have hosted a platform that perpetuates open and healthy dialogue on important societal matters.”

Chairman of the Board at Cumberland University W.P. Bone said Cumberland was a fitting setting for a senate debate.

“This is an especially important campaign for the state of Tennessee, and Cumberland was thrilled to have been able to bring it to the public,” Bone said. “Our long history of governors, senators, congressmen, judges and public servant graduates make Cumberland a superb venue for these prestigious candidates to present their platforms and interact with their constituents.”

NewsChannel 5, The Tennessean, Nashville Public Television (NPT) and the League of Women Voters partnered with Cumberland to host the debate.