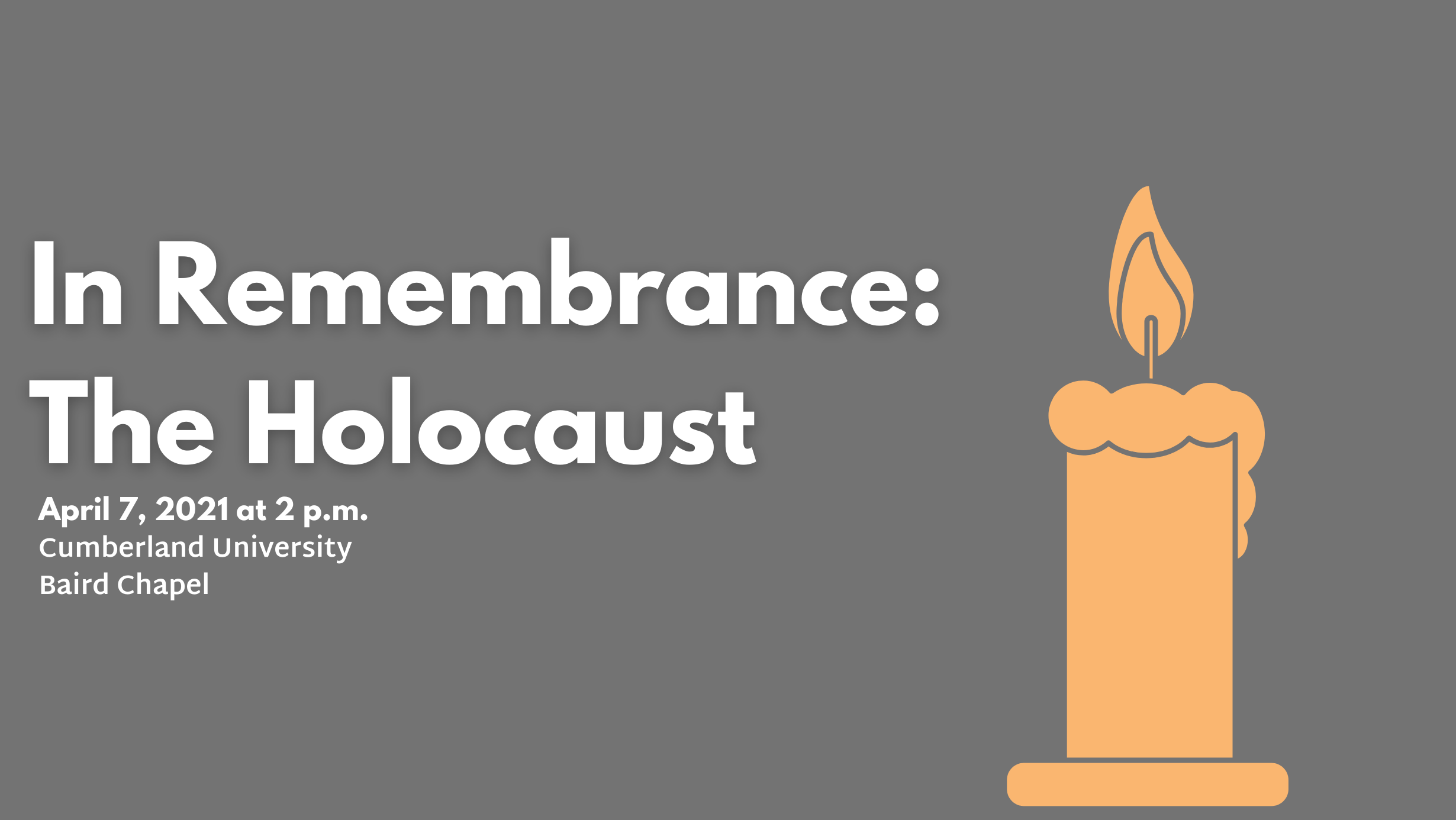 Cumberland University will host its second annual Holocaust Remembrance ceremony on April 7 at 2 p.m in Baird Chapel. The ceremony is in commemoration of the national Days of Remembrance of the Victims of the Holocaust and will feature guest speaker Mr. Jack May of May Hosiery Mill in Nashville, Tenn.

The event will honor those who suffered and perished in the Holocaust. Millions of innocent men, women and children were killed during the genocide, including six million Jews, Romani families, and countless other victims, including disabled, Poles, religious minorities, members of the LGBTQ community, and Prisoners of War (POWs).

Guest speaker Jack May, whose renowned family business, May Hosiery Mill, provided refuge to almost three hundred Jewish refugees during World War II. In the 1930s, co-president Mortimer May traveled back and forth to Germany to rescue Jews and offer them employment at the mill in Nashville.

“Jack & Lynn May are two of the most well known and respected Nashvillians for their decades-long impact on our community and have been noteworthy professionally, philanthropically and socially,” said University President Dr. Paul Stumb. “We are fortunate to have Mr. May as our featured guest speaker for our 2021 Holocaust Remembrance event as his family’s contributions of providing shelter and safety to the Jewish people during this tragic time is nothing less than remarkable.”

The renowned mill is also responsible for providing socks to the astronauts on all of the Apollo missions in the late 1960s and early 1970s. Today, the original factory building is set to house industry giant Apple Music and exclusive membership hotel Soho House after renovations.

“When we commemorate the millions of innocent victims of the Holocaust, and when we honor those who helped them, we also make a sacred pledge to ourselves,” said Dr. Kent Hallman, sociology professor and event organizer. “With events and conversations like these, we hope that we never again will remain silent, claim neutrality, or look the other way.”

The event is open to the public with limited seating following Cumberland’s COVID-19 protocols.