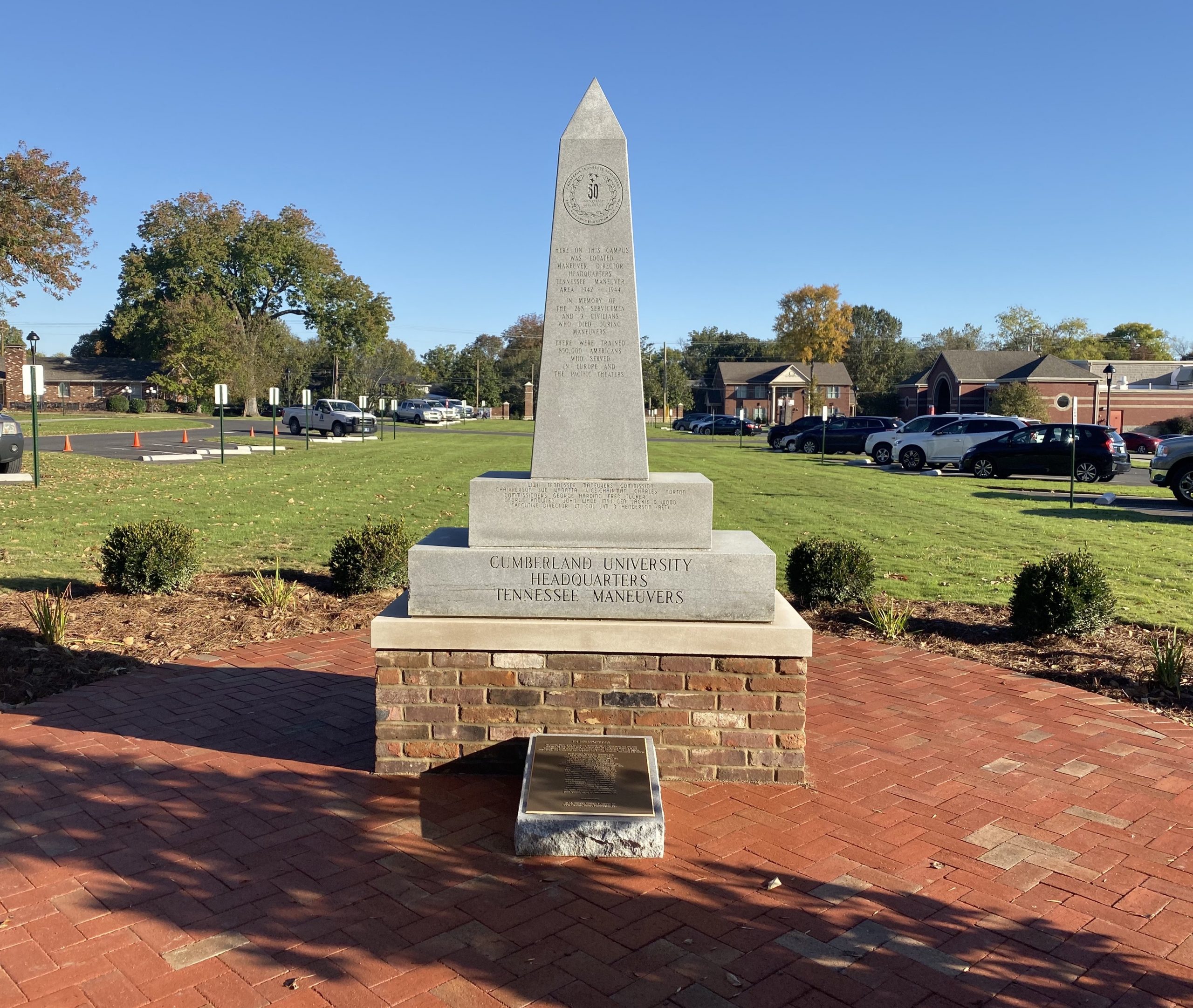 The World War II Maneuvers were headquartered on the Cumberland University campus from the fall of 1942 through the spring of 1944. Approximately 850,000 soldiers from 25 U.S. Army divisions, made up the Red and Blue Armies, and trained for the war under combat conditions. During this time the Red and Blue “armies” faced each other in complex and realistic training exercises such as river crossings, terrain navigation and vehicle operations across Middle Tennessee.

The rededication ceremony will open with the Star Spangled Banner performed by the Cumberland University Singers led by Dr. Brian Kilian, and will include remarks from Commissioner Courtney Rogers of the Department of Veterans Services and Major General Jeffrey Holmes, The Adjutant General. Additionally, the university will dedicate a new plaque memorializing the 21 men that died in the last military exercise at Averitt’s Ferry. Colonel Shawn C. Cody and Command Sergeant Major John P. Ryan of the 26th Maneuver Enhancement Brigade, “Yankee Division” of Massachuestts, will represent these soldiers and read their names during the event. The event will include WWII era music, a vintage fly over and WWII reenactors.

Shuttles for the rededication ceremony will run from St. Frances Cabrini Church and Immanuel Baptist Church beginning at 7:30 a.m.

The Lebanon Veterans Day Parade will follow the ceremony.

For more information on this event, please contact Advancement Coordinator Julie Crocco at  615-547-1269 or advancement@cumberland.edu.