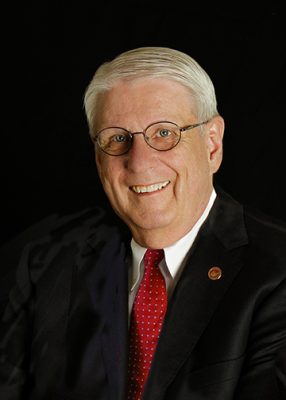 Cumberland University announced that Provost and Vice President for Academic Affairs Dr. Bill McKee has been elected to the Southern Association of Colleges and Schools Commission on Colleges (SACSCOC) Board of Trustees.

McKee currently serves Cumberland in the capacity of Provost and Vice President for Academic Affairs. He has served in various roles throughout his 37 years at the university, including Executive Vice President and Dean.

“Cumberland is honored to have the expertise of Dr. McKee on our campus, and I know he will be an asset to SACSCOC,” said President Paul C. Stumb. “We are proud to have Dr. McKee represent Cumberland on this prestigious board.”

McKee will join the SACSCOC Board of Trustees to guide the organization’s work and to implement the accreditation process.