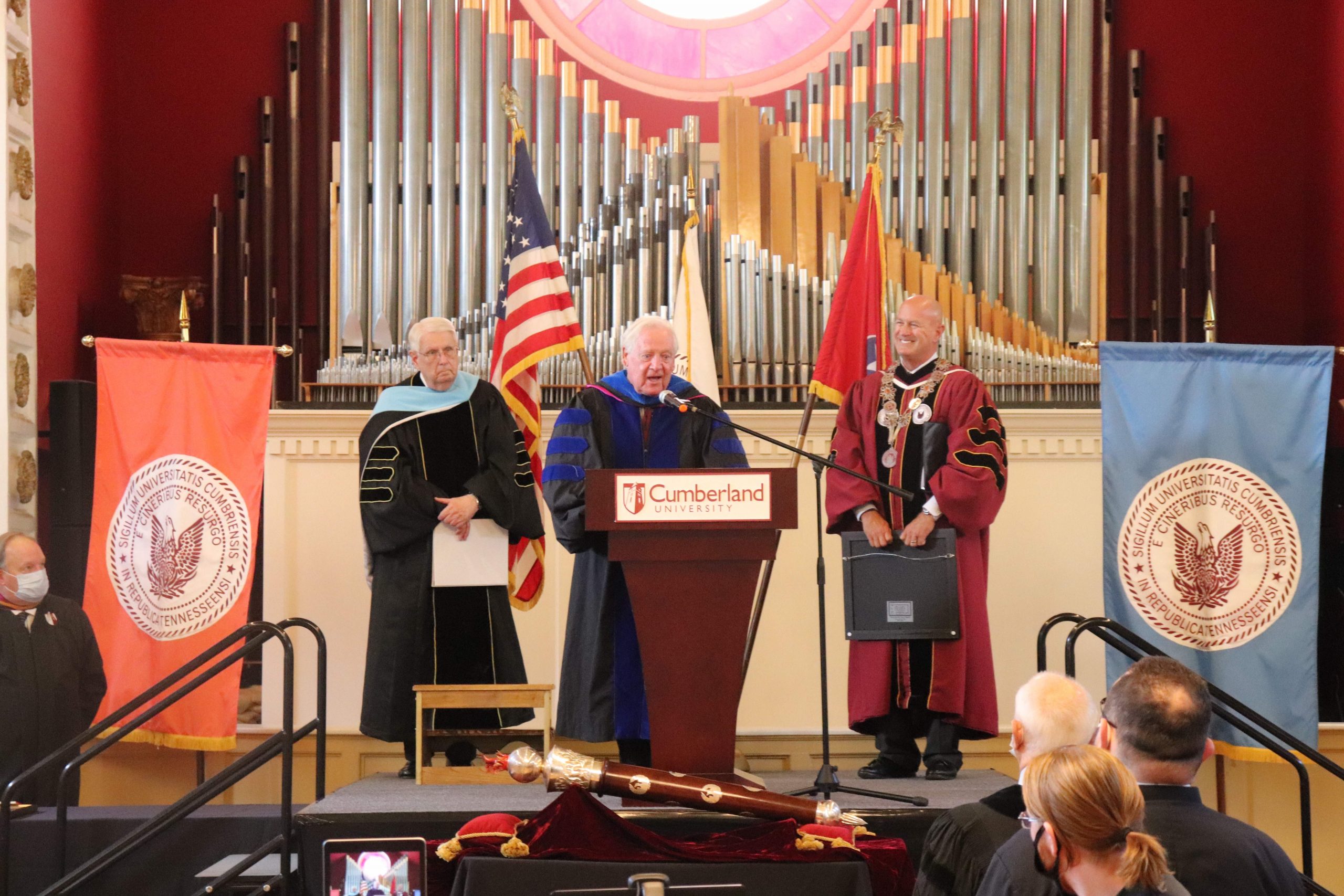 Cumberland University formally initiated the start of the 2020-2021 academic year with the school’s 179th convocation ceremony on Monday, Aug. 24.

The ceremony, which typically includes all students, faculty and staff, was limited to sixty guests in Baird Chapel. The ceremony was streamed live on YouTube for those unable to attend due to COVID-19 restrictions. Michael Moscardelli was the mace bearer and led the procession of deans and senior university administrators dressed in regalia.

The annual alumni awards were presented to the following recipients:

The ceremony was rounded out by the recitation of the Cumberland Creed, the singing of the alma mater and University Chaplain Dr. Mike Ripski led the benediction.