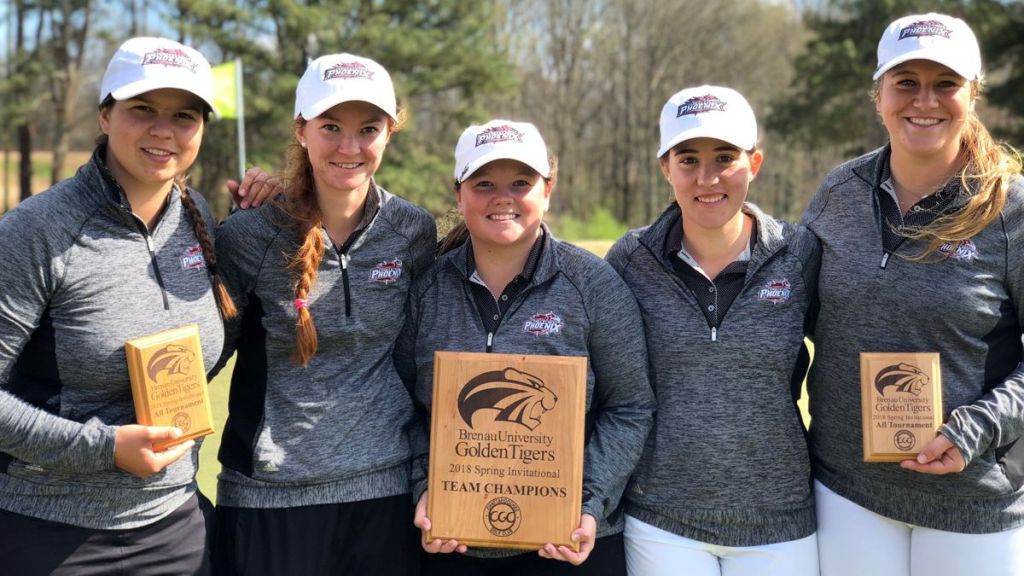 Senior Abbey Burgdorf tied for the low round of the day with a two-over par 74 and sophomore Ana Laura Pages Preuss shot 79, helping Cumberland to a first place team showing on Tuesday at the Golden Tigers Spring Invitational at Chattahoochee Golf Club in Gainesville, Ga.

Burgdorf tied for the low round on Tuesday with individual medalist Valentina Espinosa from Southeastern University. The Ashland, Ohio, native placed fourth overall with a two-day total of 156, three strokes behind Espinosa. Burgdorf bogeyed No. 5 and then made two straight double bogeys before finishing the round with three birdies and nine pars. She collected four birdies over the two rounds.

Pages Preuss held a one-shot lead heading into the second round but carded a seven-over par 79 that included six bogeys, a double and one birdie, at the par-4 ninth hole. The Mallorca, Spain, native posted three birdies over the two rounds and tied with Burgdorf with 21 pars in 36 holes. She tied for second overall, two strokes behind Espinosa.

Sophomore Raquel Romero Valverde carded a final round 82, recording five bogeys and a double in his first seven holes. She righted the ship over the final 11 holes with seven pars and four bogeys and registered her only birdie at the par-5 sixth hole. The Palafrugell, Spain, native finished seventh overall with a two-day total of 160.

Senior Savanna Strode also shot 82 in the second round, tying for 14th individually. She registered six pars, two bogeys and a double on the front nine and posted four pars and five bogeys on the back side. The Celina, Tenn., native netted 18 pars in her two rounds.

Senior Morgan Stuckey struggled to a final-round 91, shooting 50 on the front nine. The Milan, Tenn., native was much better on the back side with a 41, including five pars and three bogeys. She tied for 25th in just her second tournament of the year and first 36-hole event.

Cumberland won the team event by six strokes over Southeastern University after taking a 10-shot lead into the final round. It marks the second team title for the women this academic year. Cumberland hosts the Phoenix Invitational next Monday and Tuesday at Old Hickory Country Club in Old Hickory, Tenn.