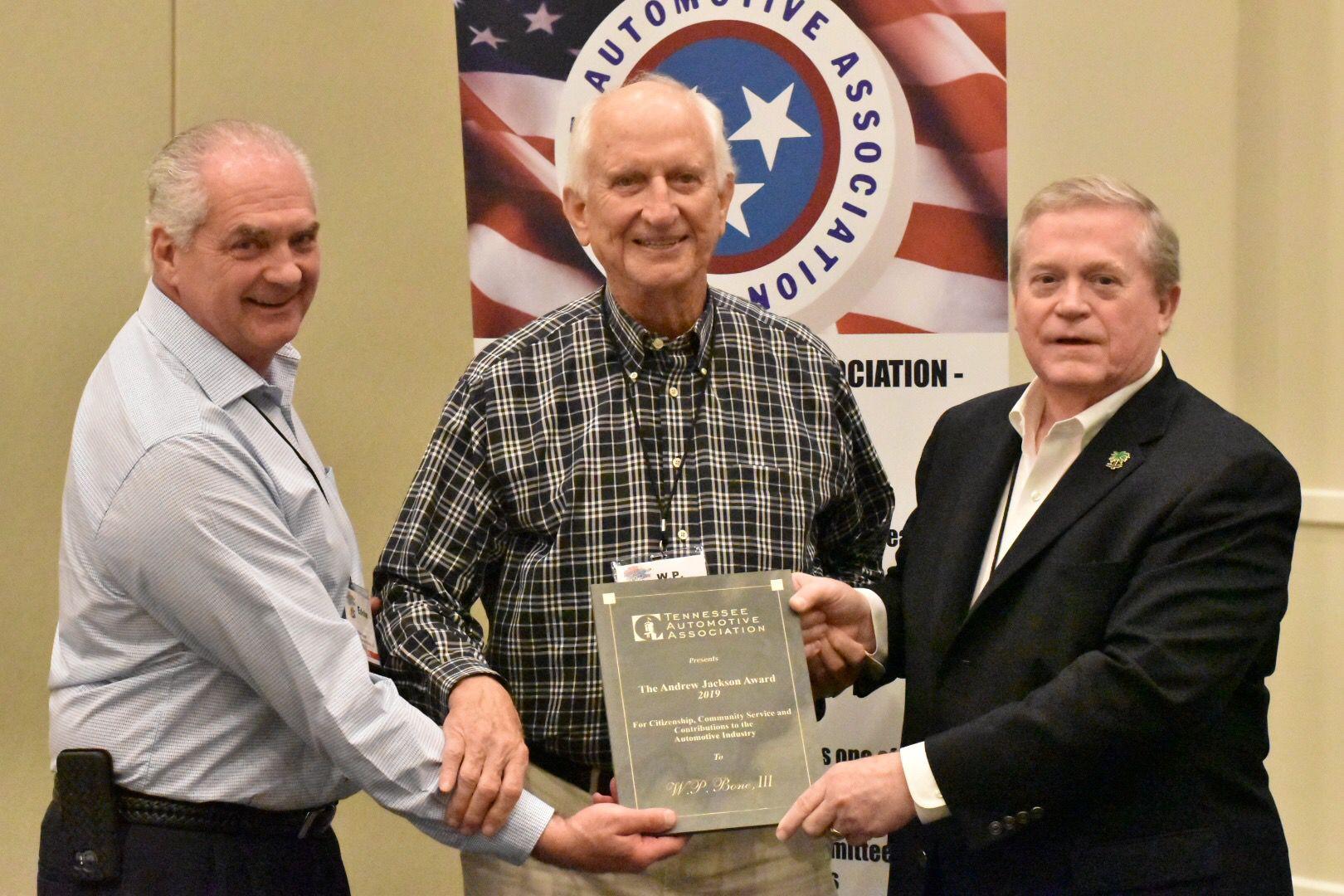 W.P. Bone III, owner of Wilson County Chevy Buick GMC and Wilson County Hyundai, was named the 2019 recipient of the Andrew Jackson Award by the Tennessee Automotive Association at the organization’s annual meeting.

The Andrew Jackson Award is the highest honor a member of the association can receive. Nominations are based on a dealer’s citizenship, community service, and contributions to the automotive industry.

“W.P. has left an indelible mark through his service and philanthropy,” TAA President Bob Weaversaid. “He represents the finest qualities a dealer should strive for and has set standards we all should try to emulate.

Bone, a lifelong Wilson County resident, began working in the automotive business by cleaning cars at age 13. His father and an uncle started Wilson County Motors in 1927; in 1969, he was offered a partnership interest when one of his father’s partners retired.

Prior to taking ownership of Wilson County Motors, he started his business career as president of the Lebanon Wilson County Chamber of Commerce. He has served on the Board of Trust of Cumberland University for decades and is currently the chairman.

Wilson County Motors co-sponsors the Wilson County Teacher of the Year program with CedarStone Bank, an event which Bone considers his most meaningful civic achievement.

*Photo and article originally posted by The Wilson Post