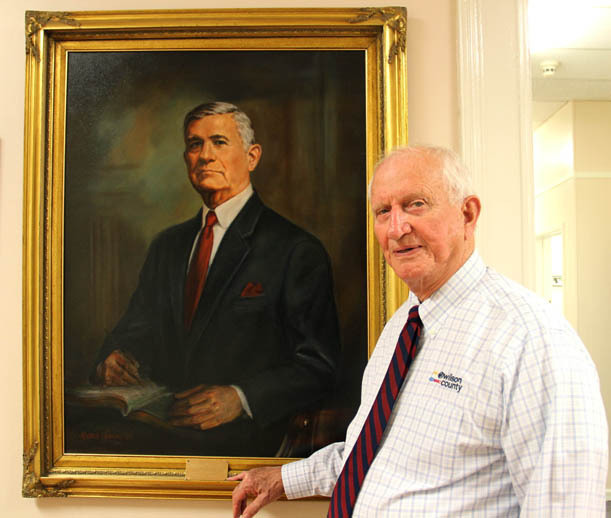 W.P. Bone, III, respected businessman and longtime trustee of Cumberland University, has been elected chairman of the CU Board of Trust.

A native and lifelong resident of Lebanon, Tenn., Bone graduated from Castle Heights Military Academy in 1958. He went on to earn an associate degree from Cumberland University followed by a bachelor’s degree from Centre College. He is a U.S. Army veteran, and co-owner of Wilson County Chevrolet Buick GMC and Wilson County Hyundai Genesis. The dealerships have been operated as a legacy to his father and other men that founded the business in 1927. Last year the dealerships won the prestigious Better Business Bureau’s Torch Award for Middle Tennessee.

Bone’s other business interests include commercial property development evidenced by his partnership with SouthStar to develop the new Lebanon Marketplace at the Hartmann Drive interchange.

An active community advocate, Bone has been involved with Rotary International where he is a Paul Harris Fellow, past president, and charter member of the Lebanon Breakfast Rotary Club. He is active in the Boy Scouts of America and serves on their Middle Tennessee Executive Council. He is also a long time member of the Lebanon-Wilson County Chamber of Commerce and has served as its executive director. He is the founder and co-sponsor of the Wilson County Teacher of the Year Award which has recognized almost 500 teachers over the past 19 years.

Bone and his family are longtime supporters of the First Presbyterian Church in Lebanon, and the dealerships support many local and national charities including Cumberland University, Habitat for Humanity, CASA, Ronald McDonald House, the Boy Scouts, the Girl Scouts, Big Brothers, Shriner’s Hospital, Empower Me Center, and New Leash on Life and fund drives for cancer, heart, and diabetes.