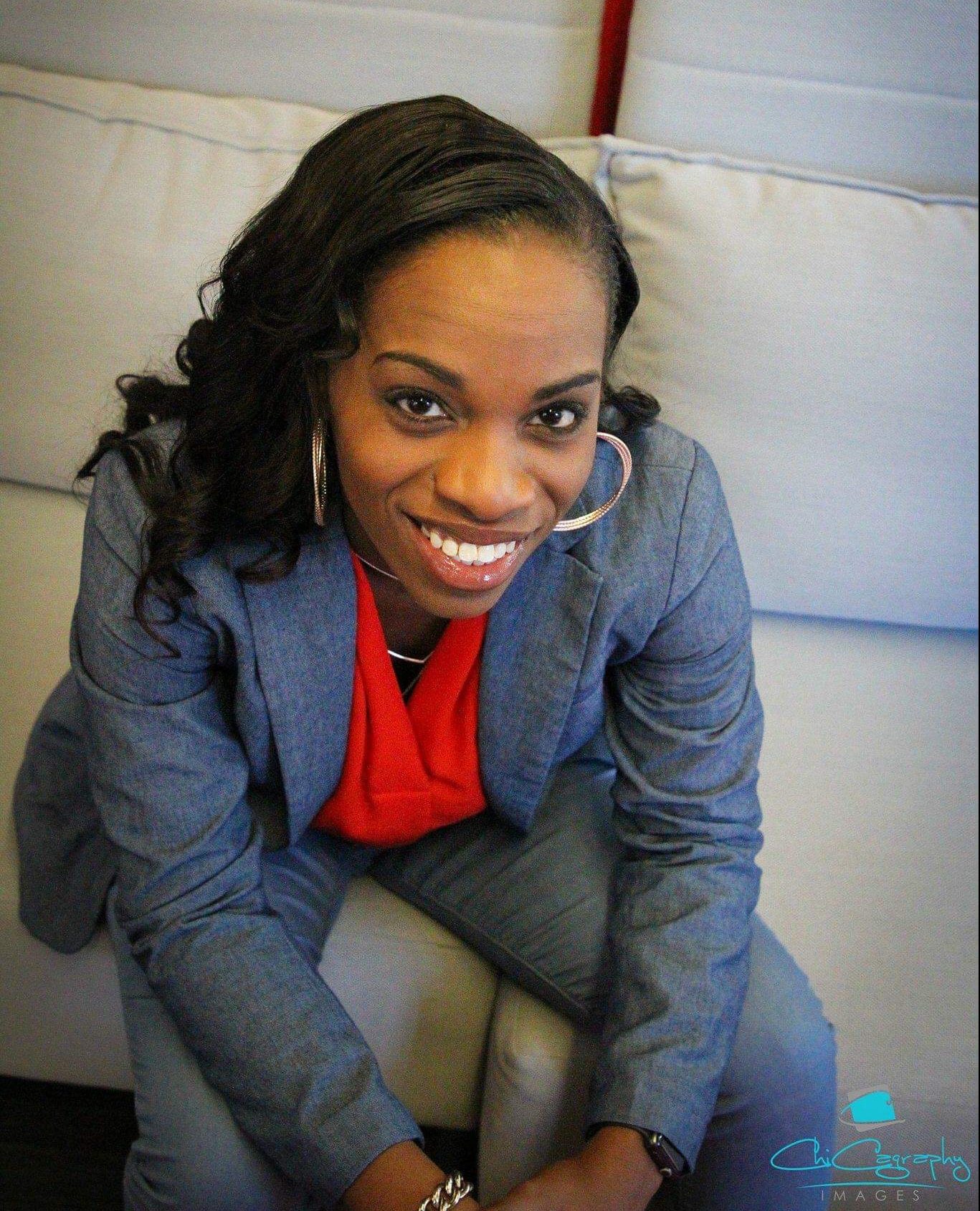 Strong people oftentimes have lived through some of the hardest and most difficult experiences. Their backgrounds are a testament to mastering difficulties that have been placed before them.

No stranger to obstacles, Nashville native, Aireka Harvell, a 2015 Bachelor of Business Administration graduate and female tech entrepreneur, has faced much adversity, yet, she still chooses to see the good in people and in life.

She is a survivor, overcomer, and an achiever. In her youth, she was a runaway and high school dropout who became a first-generation college graduate. In adulthood, she survived cervical cancer and domestic violence. Every hardship that was thrown at her, Aireka fought back and persevered.

A single mother of four children, the founder and CEO of Nodat Inc., a published author and speaker, Aireka is a problem solver and inspiration who is always determined to find a solution.

In 2017, she founded Nodat, a community marketing platform for small, local businesses, after her fourteen-year-old son asked her if she had heard about a new water park that had opened in their community. Her son was upset that it was the last day of summer and they had missed their opportunity to go to the park. Aireka immediately got to work on finding an answer to her problem.

After realizing that other friends and community members were as uninformed as she was, she realized that the miscommunication could have been avoided by the power of social media.

She became determined to build a mobile app that would reward locals for sharing what they know about businesses across social media. To date, she has over 20,000 downloads across both app stores and over 1,400 registered businesses.

Recently, Aireka was chosen as a 2020 Nashville Business Journal 40 Under 40 Honoree.

“Being chosen as a Nashville Business Journal 40 Under 40 Honoree for 2020 is a huge honor considering I feel I’m just getting started,” said Aireka. “It’s an honor to know that the work we are doing is making a huge impact on the Nashville community.”

The tasks of starting and building a company are not for the faint of heart. In addition to the many sleepless nights she spent taking care of her family and working on a successful business she also broadened her experiences, education, and network.

She participated in startup accelerators sponsored by Google for Startups, the Nashville Entrepreneur Center, and Founder Gym. The work paid off. Nodat was selected as one of four startups by the Beta Boom Women’s Investment Fund. She now has an exceptional group of advisors like Robert Jewell, the CEO of Exchange Solutions, a loyalty and retention management company for national chains and Sherry Deutschmann, founder of LetterLogic and BrainTrust.

She chose Cumberland because it gave her the flexibility to work full time while earning her degree. She was working full-time and needed to take classes online. After researching and speaking with several CU alumni, she learned about Cumberland’s online business degree program. Cumberland was the best option for her because it allowed her to receive a business degree from an accredited 4-year university.

“Graduating from Cumberland allowed me to make history for my family,” said Aireka. “I am the first in my family to graduate from a four-year university and I did that as a single mother of four small children. I often watch the video footage of me walking across the stage to get my diploma and I can hear my four little children screaming in excitement as they watched me reach my goal. It was important to me for my children to see me staying up late to study, researching and writing papers so they would understand the importance of earning an education.”

During Aireka’s senior year, she created a marketing plan that she sent to a large national corporation. The company implemented her plan and are still using parts of it to this day.

“It amazes me that a final project from my last year at Cumberland is why many people were able to easily obtain groceries during the pandemic. I loved my marketing course because I finally had a class that taught me how to put thought to all of the crazy ideas I have and turn them into real businesses.”

During this pandemic, Aireka and her team saw the impact coronavirus had on small businesses. They wanted to help offer a solution. They set up a Shop Small Tees campaign to raise money for product development. They are also committed to sharing a portion of their proceeds from the campaign by granting other Black & Woman-owned small local businesses with a financial assistance grant. Her company partnered with Mayor John Cooper’s office and the Tennessee Commission on Aging and Disability’s Care Through Conversation program and rounded up over 500 volunteers to deliver groceries and make weekly phone calls to senior citizens.  Even in the most difficult and challenging times, Aireka has found a way to help uplift others.

To learn more about Aireka and Nodat, please visit: https://localloyalty.info/

“You felt crazy. You felt like people were laughing at you because something didn’t work out but you kept going because God put that little speck of hope in your heart- that nagging thing that wouldn’t go away even when you wanted to stop. He saw this day when you could only see your present moment.” -Aireka Harvell