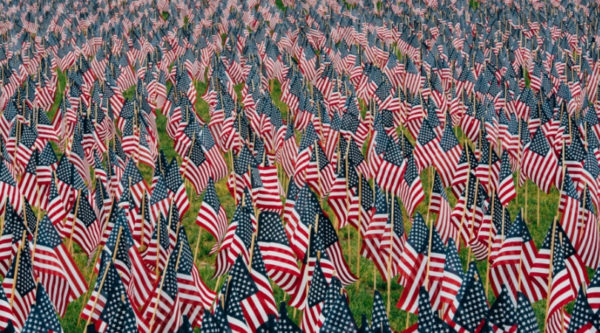 Kackley, who has been a Lebanon-native since 2003, was a first responder for 27 years after serving in the Navy. He is now retired and has publicly spoken about his experience as a first responder during the 9/11 attacks for four years. CUCR President Haley Austin said this event is an opportunity for today’s students, who were very young at the time of the 9/11 attacks, to recognize the impact of that day’s events.

“A question many people ask is, ‘Where were you on Sept. 11, 2001?’ If I asked the students of Cumberland, most would not remember Sept. 11, 2001” Austin said. “Many would not have even been in school. Many would have been just learning to walk. Because we were so young, we might carry on throughout the day with no recognition of the impact that 9/11 had on our nation. It may be in the history books now, but we cannot let ourselves become complacent in the notion that just because you may not remember it, it is a day not worth recognizing.”

Austin said the event is an opportunity to honor both the first responders of the attacks as well as remember the lives that were lost. Students, faculty, staff and community members are invited to attend the event.

“It is up to us to carry on the memories of those lives innocently lost. It is up to us to honor the sacrifices made by first responders and the men and women who continue to serve our country after that tragic day,” Austin said. “This is a day we can come together as one, regardless of differences in age, nationality, or political party. I hope and encourage you to join us on Monday night to hear a hero’s story as he reflects on his experience as a responder on 9/11.”

CUCR will also be placing nearly 3,000 flags on the University’s quad to represent each life lost on the day of the 9/11 attacks.