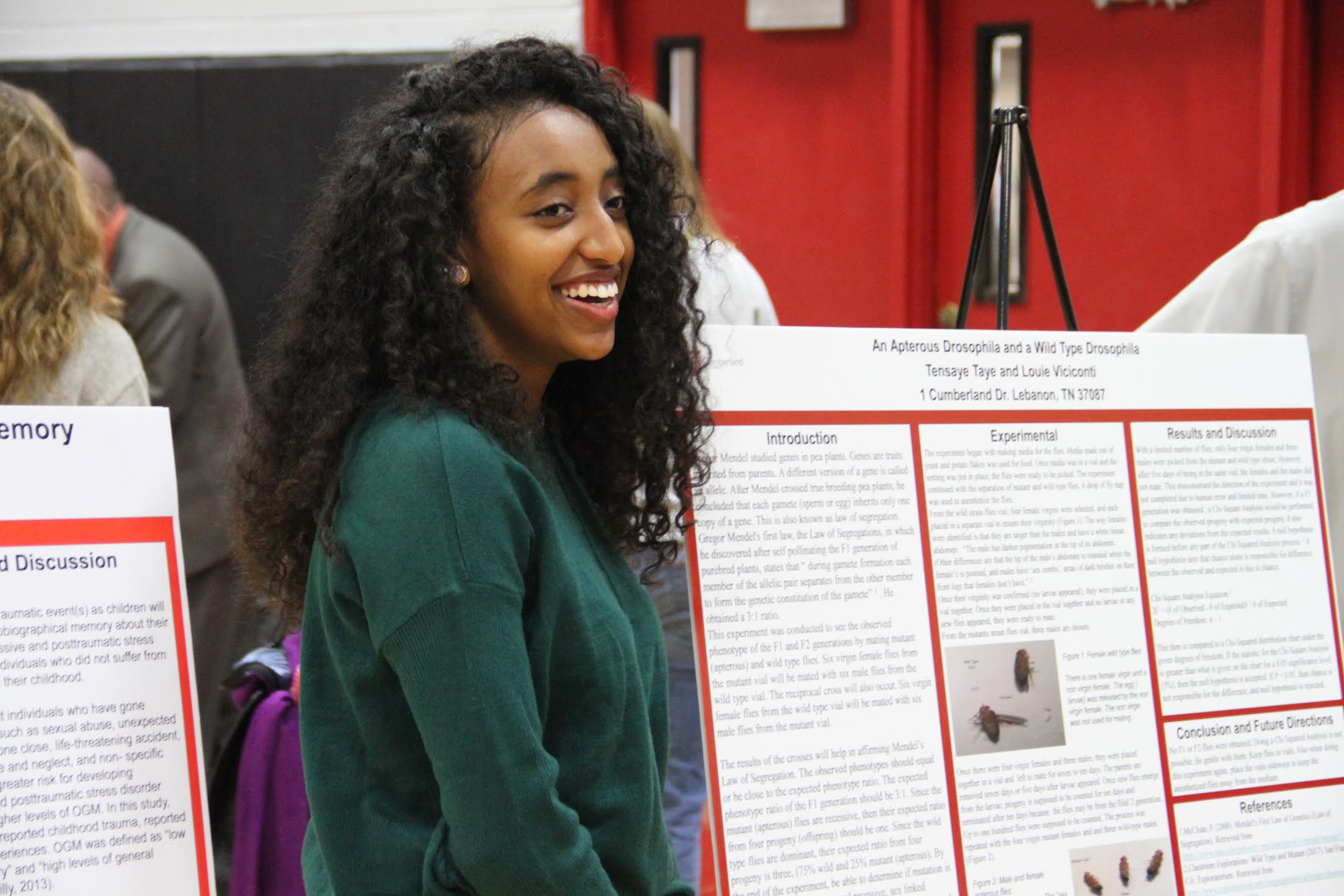 Getting real-world experience is a surefire way for students to capitalize on what they’ve learned in the classroom. Just ask senior accounting major Eryca Henry, who spent last summer interning in the accounting department with the indirect tax team at Cracker Barrel headquarters.

She was selected out of 300 applicants to spend two months of the summer in Cracker Barrel’s corporate office. While there, Henry participated in a variety of work projects that allowed her to expand her knowledge of accounting, one of the biggest projects she assisted with was Cracker Barrel’s Texas state audit.

According to Henry, she previously worked at Cracker Barrel for a couple years before making the jump to the corporate side for her internship. She started as an employee at the Cracker Barrel store in her hometown of Maryville, Tennessee.

“I got to take some of what I learned in the classroom and put it into the real world. I also got to work with some of the accounting programs that Cracker Barrel uses in their office,” Henry said. “So that was really cool for me, seeing a different side of the company. I learned a lot because I got to try all of these different things that were really interesting.”

To any students seeking to gain internship experience, Henry shared an important piece of advice to ensure they make the most of their internship.

“Don’t be afraid to ask questions. You may being going to school for that degree, but it’s okay to ask questions at your internship and learn more,” Henry said. “Just do your best, and work hard.”

After she graduates from Cumberland in December, Henry’s goal is to pursue her MBA and get her CPA. Beyond that, her lifelong dream is to work for a baseball team in its accounting department.

At Cumberland, Henry devotes her time to working as an on-campus tutor, assisting the staff in the Labry School of Science, Technology and Business, and also serving as a President’s Ambassador. As a PA, she welcomes prospective students to campus as well as training future PAs.

“I love being a PA,” Henry said. “I like getting to know the freshman and I love giving tours. It has been such an amazing experience being able to get to know the office staff of admissions as well.”

When giving tours to future students, Henry said she always expresses her favorite aspect of attending Cumberland: connecting and working with professors.

“I tell the prospective students on my tour, ‘You’re known here,’” Henry said. “I feel like you really get one-on-one attention with your professors, which I really like.”