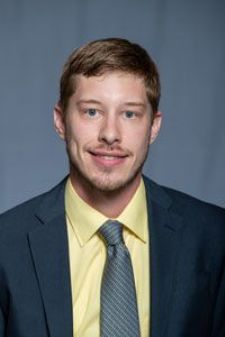 Hott graduated from Shenandoah University twice earning his Bachelor’s of Science, Exercise Science degree in May 2017, and his Master’s of Science in Athletic Training in May 2019.

During his undergrad, he played baseball for Shenandoah where he was a pitcher and shortstop. Hott was a part of four straight conference championships including four straight NCAA Regional Appearances. During his senior season in 2017, he received York Regional All-Tournament Team, Second Team ABCA All-Region, First Team VaSID All-State honors.

After graduating with his masters, Hott began working with the Woodstock River Bandits, a Valley Leaguer baseball team. He provided first aid, IASTM, rehabilitation, and clinical evaluation for baseball players.

He then went to work at Physical Therapy @ ACAC where he developed and implemented rehabilitation programs. He also spent time at Western Albemarle High School in Virginia during this time. He provided athletic coverage for their athletic teams as well as was a preceptor for the University of Virginia’s Athletic Training Program.