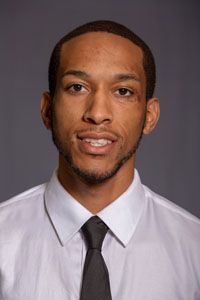 Assistant Mens Basketball Coach
Work Email: mabrown@cumberland.edu
Work Phone: (615) 838-7062
Location: Dallas Floyd Phoenix Arena
Category: Staff
Department: Athletic Department
Degrees:
B.S., Cumberland University
Bio:
Mark Brown is in his second season as an Assistant Coach for the Phoenix where he started his coaching career. Brown joined Coach Lewis in 2018 when he took over the program and has quickly become a big part in scouting reports. Brown finished his playing career at Cumberland after a stint at Shorter University and made the most of it.  In Brown’s senior season, he played a team high 35.2 minutes per game and led the team in scoring at 13.5 points per game and pulled down 5.1 boards. Brown also knocked down 83 three pointers which ranked 4th in the conference. Brown played his high school ball at Station Camp where he was a four-year letter-winner. Brown recently graduated from Cumberland.