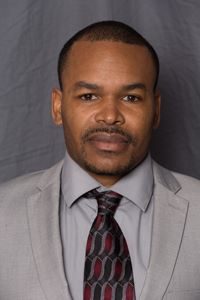 Seven-time NCAA All-American Mardy Scales was named head coach for track and field at Cumberland by Director of Athletics Ron Pavan. Cumberland is set to begin competition during the 2016-17 academic year.

Scales earned Sun Belt Conference Male Athlete of the Year honors as a senior for the Blue Raiders and was a seven-time Sun Belt Conference champion. He set Sun Belt Championships records in winning the 100 and 200-meters outdoors in 2004 and his 10.12 in the 100 was the fastest by any collegian that year. He fell one-tenth of a second short of defending his outdoor national championship in the 100 in a photo finish with Arkansas’ Tyson Gay and TCU’s Michael Frater.

He ran track professionally from 2004-09 with Nike, representing the United States in various athletic events around the globe, maintaining a strict schedule and practice discipline to compete at the highest level. Scales was a Pan American Games silver medalist in the 100 in 2003 and a member of the USA Track & Field World Championship Team in 2005 after winning the USA Indoor 60-meter championship that year.

He served as track and field coach at Centennial High School for one season in 2009 and started the Scales Pro AAU Track Club as well as Scales Pro Fitness in Franklin in 2013. He has a Level 1 USA Track & Field Coaching Certification.

Scales earned his bachelor’s in Physical Education from Middle Tennessee in 2013 and was inducted into the school’s Athletic Hall of Fame this fall.