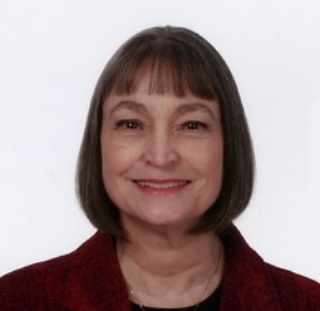 Since coming to Cumberland University in the fall of 2006, she has taught Composition,

Sophomore Literature, Shakespeare, Topics in Literature including Film, Stage and Print, and Pulitzer Dramas, Genre Studies on Novels and Film Adaptations, and Supernatural Fiction, Film Studies, Film Theory and Criticism, and accompanied a group of Cumberland students on a tour of places of literary and historic interest in Scotland and England.

Her areas of interest include Early Modern British Literature, Shakespeare, drama, Film Studies, the novel, poetry, short stories, creative non-fiction, rhetoric, rhetoric and technology, and imaginative writing. She credits William Shakespeare (and the great aunt who gave her a volume of his complete works when she was twelve) for her decision to major in English.

As a student in the doctoral program in English at Wayne State University, in addition to focusing on Early Modern British Literature, she completed coursework for a cognate in Film Studies and studied French to meet the language requirement, and for the fun of it. Her dissertation prospectus title is “In Praise of English Poets: Elegiac Practice and the Poet as Icon, 1557-1676.”

In her free time, she enjoys photography and has exhibited a collection of her work entitled Sacred Spaces. Gardening and DIY projects are other favorite pastimes.