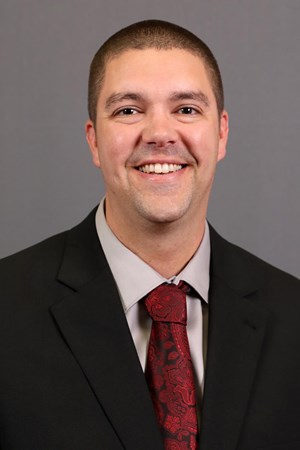 Assistant Baseball Coach
Work Email: bneffendorf@cumberland.edu
Location: CU Baseball Field
Category: Staff
Department: Athletic Department
Degrees:
M. S., Campbellsville University
B. S., Oregon State University
Bio:
Brett Neffendorf, a Beaverton, Ore. native, was hired in the summer of 2016 as the pitching coach and recruiting coordinator for the Campbellsville baseball team.  In his five seasons, Neffendorf developed the Campbellsville pitching staff into one of the best in the country year-in and year-out. Neffendorf also helped Campbellsville capture the 2017 MSC Regular Season Championship, back-to-back MSC Tournament titles in 2018 and 2019, and the programs first NCCAA World Series title in 2018. While at Campbellsville, Neffendorf has recruited and coached 11 MSC First-Team All-Conference performers, eight Second-Team and one NAIA First-Team All-American. In addition, the Tigers struck out 506 batters and recorded 17 saves in 2018 - all single-season team records. In 2018, the staff also led the conference in ERA (3.88) and opponent batting average (.241) as well as setting a school record for wins with 44. In 2019, CU's staff improved their numbers on the mound to post a 3.49 ERA and a .237 batting average against led by four qualifying pitchers who held opposing hitters under the .200 mark.  Along with coaching and recruiting at Campbellsville, Neffendorf spent the 2019 and 2020 seasons as an associate scout for the Atlanta Braves. Prior to Campbellsville, Neffendorf directed the Winter Prospect Camp at Oregon State University in Corvallis, Ore., where he worked closely with associate head coach Pat Bailey. His previous coaching position came in Vancouver, Wash. as the head coach at Clark College. While at Clark, Neffendorf recruited and coached the first Clark player drafted in the Major League Draft since 1982 in pitcher Nick Duron (31st Round – Boston Red Sox). Before accepting the head coaching position, Neffendorf was an assistant coach and recruiting coordinator for the Penguins in 2013-14. During his time as an assistant, Clark led the NWAC in fewest walks allowed and complete games pitched. Neffendorf also recruited and coached pitcher Travis Eckert who went on to pitch two seasons at Oregon State University. Eckert was drafted after his junior year in the 20th Round by the San Francisco Giants and again his senior year in the 7th Round by the Kansas City Royals. Neffendorf started his coaching career at NCAA DIII George Fox University in 2013 in Newberg, Ore. where he assisted head coach Marty Hunter with infielders, scouting reports and recruiting. Neffendorf has also coached in two highly-touted summer baseball leagues – Valley Collegiate League and Prospect Collegiate League. In 2013 he led the Slippery Rock Sliders to a franchise record 30 wins, 133 stolen bases and coached Matt Calhoun – the Prospect League Player of the Year. In the summer of 2014, Neffendorf was an assistant for the Front Royal Cardinals of the Valley Collegiate League, which saw seven all-star game selections. Prior to starting his coaching career, Neffendorf signed with Clackamas Community College, in Oregon City, Ore. During his time at Clackamas, Neffendorf suffered an elbow injury and sat out for one season before pursuing his coaching career. Neffendorf graduated from Oregon State University with a Bachelor of Science in Sociology while graduating from Campbellsville University with a Masters in Management and Leadership.  In the fall of 2019, Neffendorf married former Campbellsville University All-American volleyball player, Jana Kortas.