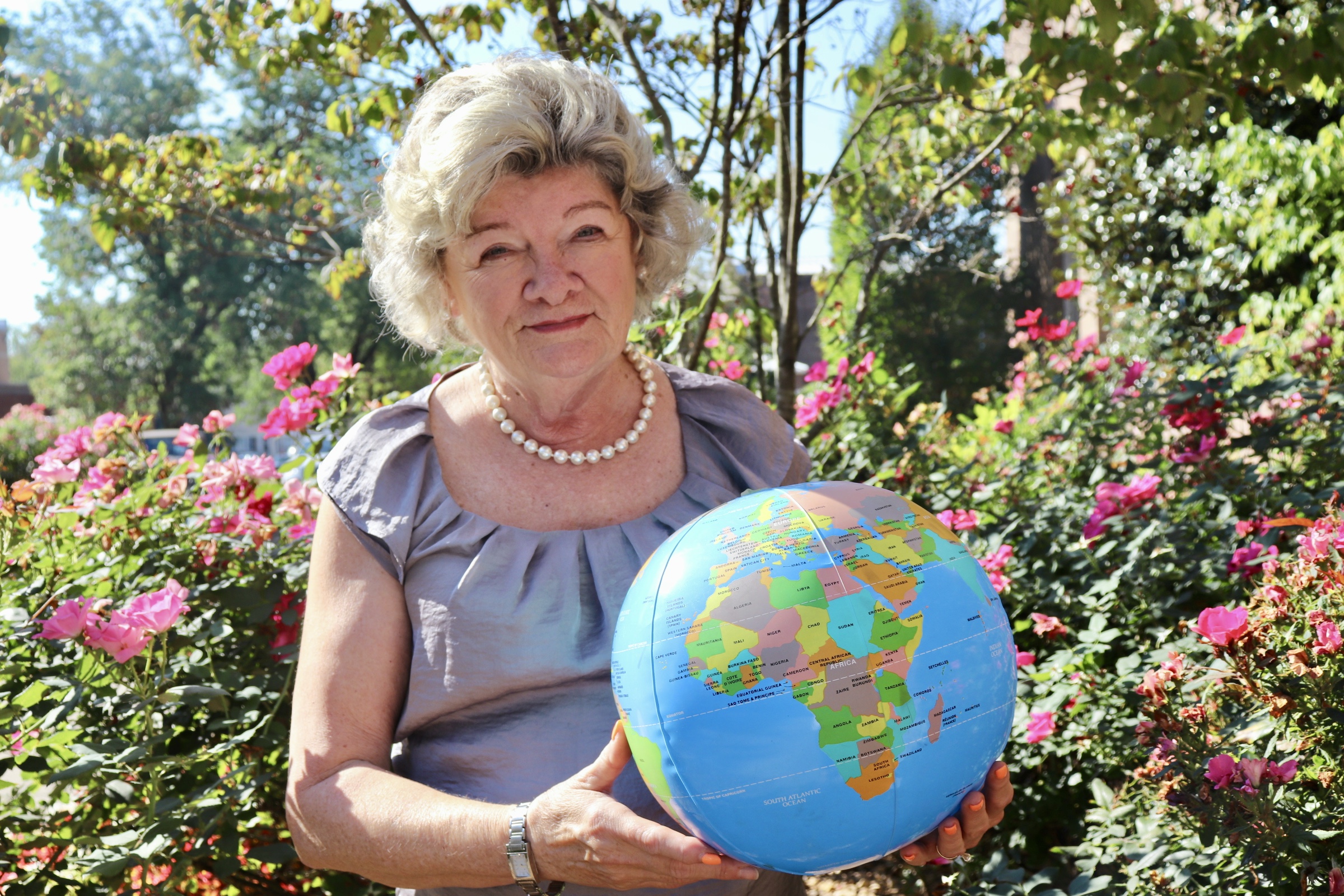 There are certain people who always make you feel at home. Pace Pope is one of those people. Her shared office in Memorial Hall is constantly filled with students and visitors looking to make CU their new home. As an international admissions liaison, Mrs. Pope works to integrate the almost 100 international students into the CU and Lebanon community.

Her life at CU began around the same time as her late husband, Monty Pope. The two had previously worked together at The Hermitage after they married in 1970. “He was a tour guide then,” said Mrs. Pope. “I actually told him that I was pregnant in front of a tour group; I was just too excited to hold it in. I don’t think he could believe I announced it like that!”

His long-time college friend, Dr. Bill McKee, reached out to offer Mr. Pope a position as a history professor at CU shortly before Mrs. Pope began working as an accompanist with the choir and an assistant to the business dean after taking time to stay at home with her two young children, John and Spencer. The two began working together yet again.

As the couple continued their careers together, Mrs. Pope had shifted to working in admissions under Dean Charles McCorkle, who was learning about the international student landscape as students from all around the world were coming to attend CU. At the same time, Mr. Pope was working with one of the first international students to come to CU from Iran who was having a difficult time adjusting to the American teaching style and asked his wife for help. “So, I went to a National Association of Internal Educators conference to learn how to help international students succeed at CU because this was a whole new ball game for us at the time,” said Mrs. Pope. “I was able to take what I learned and bring it back to CU. Monty and I worked with the student and eventually helped him succeed in his course. He was so thankful that he brought me the most beautiful silk dress from Iran as a gift. I still have it to this day!”

From that point on, the duo began working with every international student at CU. The couple treated the students like their own family and often invited them over for cookouts at their home. Each Christmas, the Popes took the students to see the lights at Opryland in Nashville, and were even in and attended the weddings of their former students who came to call them their “American parents”.

When Mr. Pope wasn’t working with his international students, he was teaching his students about all things history. “He knew just about everything about the history of Lebanon and CU,” said Mrs. Pope. “So, when the school wanted to begin a new Halloween tradition, he got the idea to begin ghost tours of the campus. We went with the Ghostbusters team when they visited the campus so we knew where the hot spots were!”

What started as a handful of students on each tour quickly turned into groups from the community big enough to need a megaphone so that everyone could hear the ghost stories of CU. Mrs. Pope accompanied Mr. Pope on each tour, helping to lead the pack through buildings or pose as a frightful ghoul. “One year, I was the little girl in the window of Memorial Hall,” said Mrs. Pope. “It was such a delight to give people a fright!”

The tour, which will take place this year during the Ghosts and Goblets event on Oct. 17, will take guests to meet the ghost on the third floor of Memorial Hall, the spirit in the Learning and Career Commons, the doll that comes alive in the animal room at night, and many more hauntings around the historical campus.

“Monty and I worked together for 20 years and enjoyed every minute of it,” said Mrs. Pope. “It’s a treasure to have this event to commemorate his legacy and continue the tradition of his tours. I can’t wait to see everyone there!”

To purchase your tickets to this year’s Ghosts and Goblets event, visit https://charlie.cumberland.edu/Donations/GhostsandGoblets2019.html.

To nominate someone as a faculty spotlight, email Mattie Jennings at mjennings@cumberland.edu.